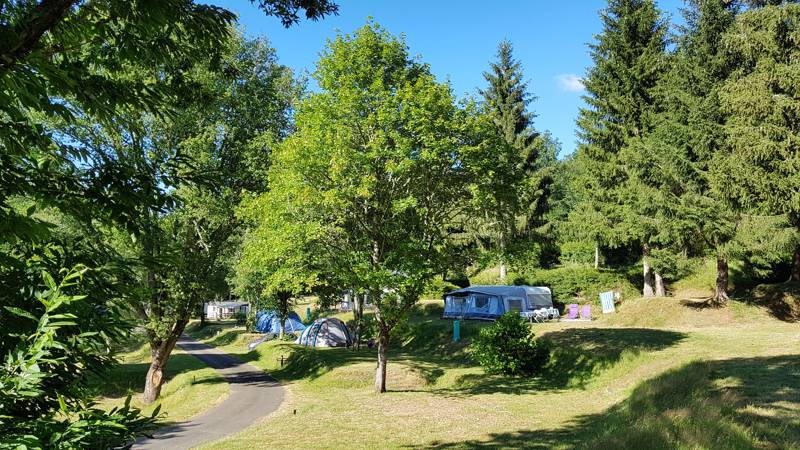 Family-friendly, lakeside camping and glamping with a beautiful, 15th-century château a short walk away

Built in the early 1950s, the 120-metre-high dam of Bort-les-Orgues has utterly transformed the upper course of the Dordogne Valley. Along with the dam and lake itself, it has also seen the creation of a pair of man-made wonders. The first is Château de Val, a former hillside castle that saw water flood right up to its very edges when the reservoir was formed – today it is like a fairy-tale island château floating out on the lake’s shore. The second is the local campsite.

Camping le Lac de la Siauve is a family-friendly, waterside campsite set amid the hills of the Auvergne Volcanic Regional Nature Park. Like the lake, the campsite is all things man-made yet also perfectly natural at the same time. Facilities abound – modern washrooms, Wi-Fi, a heated, covered pool and glamping chalets for those too posh to pitch – but it’s still camping of the nature-friendly kind. Mature trees and bushes cast dappled shade on every pitch, while grassy terraces provide wonderful views down the valley to Les Orgues, the forested, organ-shaped former volcanoes at the head of the reservoir. You can stroll to the waterside and go wild swimming in the lake (why use the pool when the views from the lake are this good?), or continue walking for 20 minutes or so down the shoreline to admire the full might of the dam that holds all this water back.

Along with the dam, Bort-les-Orgues has all the essential amenities – supermarkets, fuel and a few good restaurants. From here you can head out further into the nature park. Summit some of the former volcano tops, like Puy Mary or Puy de Sansy (the latter accessible via cable car as well as on foot) or make the most of the remaining geothermal activity with a visit to the natural spas in villages like Le Mont-Dore or Bourboule. Or, of course, you can ditch the car altogether and explore some of the 16 different pathways around the reservoir. It’s an easy walk, in particular, to 15th-century Château de Val just up the shoreline. Turreted and ancient, it’s a truly beautiful château that thoroughly deserved not to be submerged. Like the campsite, though, it’s all the better for being right beside the water.

Just down the road in Bort-les-Orgues (3km) there's a public football pitch, tennis courts (free) and all the shops and amenities you'll need. Stop along the way to marvel at the massive dam that holds this reservoir in place (at a height of 120 metres, it is the first and largest dam on the Dordogne). Walk the same distance along the shore in the opposite direction and you'll reach 15th-century Château de Val (0033 4 71 40 30 20), one of the best preserved and most remarkable castles in the Haute Auvergne. Formerly a valley-side castle, the flooding of the valley to create the reservoir means it is now a delightful waterside feature. The walk to the château is one of many along these shores. In total, 16 short and medium length walks along marked footpaths await you around Lanobre and Bort-les-Orgues offering hikes of a few hours or a full day. Boat tours of the lake also depart from the pier outside of Château de Val. For something different, the thermal spa resort of Bourboule, a little town with a golden age charm, is a half hour drive away. Amid lush greenery, relax at the Grandes Thermes Spa (0033 4 7381 2100).

There's fresh bread and pastry delivered to the campsite each morning (place your order the day before) and a snack bar open in the high season. It's a 5-minute (3km) drive to Bort-les-Orgues, where there's a handful of supermarkets, including Aldi and Carrefour, and a few restaurants. Try Lou La Bohême (0033 5 5596 7467) for good pizza and Italian food or head up the hill to Auberge de la Mordorée (0033 5 5546 1972) for local cuisine, a rustic atmosphere and fabulous views.

Far from the hostle and bustle, you live your holiday at your own pace

Campsite le lac de la Siauve offers many services the reception  is open daily from of 9am to 12 am and from 3pm to 7:30 pm and 8:00pm july and august

Our 4 legged campanions are also welcome on leash on the entire site (exept playground, pool, and entertainments an up to date vaccination is required upon arrival.

For your group outings off seasons, bikers, cyclist club, hikers, etc... we could organize half-pension.

a deposit  of breads and pastries is organised each morning at the bar starting at 8 am in summer season, and 9 am at the reception april/may/june and september

washing machine, dryers and domestic iron are available tokens can be collected at the reception or bar.

220 pitches across 25 acres on the shores of the Bort Les Orgues lake. 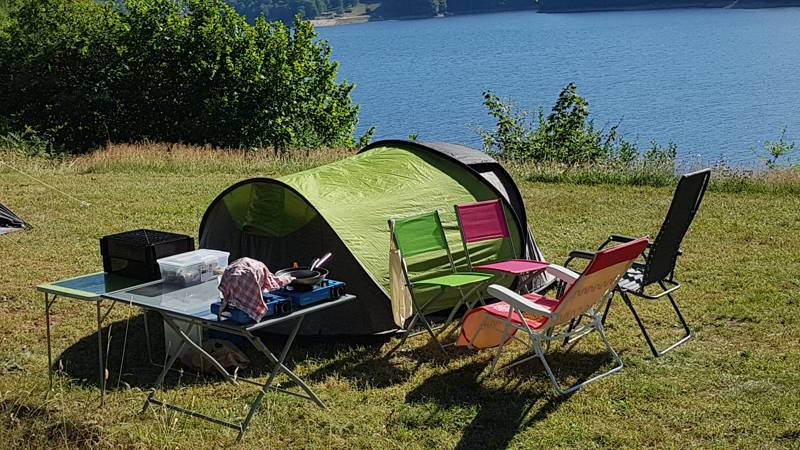 i
Camp just a stone’s throw from Lake Bort-les-Orgues on a beautiful site with breathtaking views over the water.