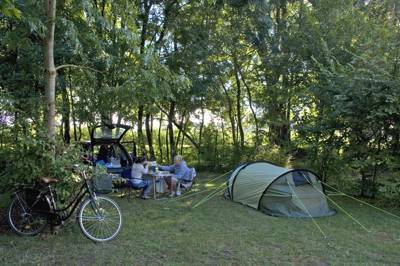 Relaxed, remote, lakeside chilling in France's Champagne-making region, with impromptu but frequent musical gatherings in the height of summer

Marcenay, in the Châtillonnais area of Burgundy, is one of 23 villages famed for Chardonnay and Pinot Noir wines. At one time the lake here was used by local monks as their source of piscatorial sustenance: however today it attracts a somewhat more diverse collection of people, who come to sunbathe on its sandy banks, paddle across the large expanse of water, watch the wildlife or, in the lovely campsite nestled right next to the waters, tune their instruments for musical nights around the campfire.

Les Grèbes du Lac de Marcenay has got all the ingredients for an old-school camping experience: a remote location far away from any road noise, a substantial lake, an incredibly friendly welcome in the guise of Dirk Jansen, the owner, and a laissez-faire attitude to where you pitch your tent. That it’s off the beaten track won’t appeal to people who like to be within walking distance of a choice of bars and restaurants, but we kind of feel that this isolation is all part of its appeal.

When Dirk took on the site it was an old-fashioned municipal affair. One of the first things he did was remove the barrier at the entrance and throw away the rules telling campers what they could and couldn’t do. "People don’t want to see that when they’re on holiday", he explains in his dulcet Dutch tones. Since then, he’s been transforming the regiment into its antithesis – a thoroughly rustic, bohemian, chilled-out retreat. The pace of life here is as suitably slow as you would expect in a place where the roads are practically car-free and you can cycle peacefully in the sun.

The site itself seems to attract a mixture of people: young couples touring around France who just want to stay for a few days, and older couples who come back year after year for week long vacations. There’s a regular crowd of musicians too, who seem to appear for impromptu concerts around the campfire or in the main music hall. Theres a piano, guitars, amps and microphones available, usually set up alongside rows of tables for an evening feast. "Sweet musical vibrations bring us all together", Dirk extols, "musicians of all ages capacities and walks of lives thrive at Camping Marcenay". Most people here certainly agree and, in summer, the place seems to be one long musical jamming session.

The main camping area is a lush, wooded plot with reasonably spacious pitches. Each is set in a clearing, partially surrounded by shrubs or trees, so there is a real sense of privacy. Open fields and vineyards on one side contrast with the lake on the other, though, set just beyond a bank, you cant actually see the water from your tent pitch. The lake is about 3 miles (5 km) all the way round and on the edge of a forest. Despite Dirk’s various plans, this ancient natural feature remains the site’s greatest asset. There is something very special about living near the water and, though you can’t actually camp on the lakeside itself, you’re a mere hop, skip, and a jump away across the footbridge to its edge.

All in all, Les Grèbes du Lac Marcenay ends up being a campsite that's more about ambience and setting, then it is about facilities. The relaxed, bohemian atmosphere mark it out from the crowd and if your an out-going musical type you'll be sure to fit right in. If not, maybe take a walk across to the lakeside; take a blanket and a bottle of wine and sit on the sand, watching the sun set. With the campsite just meters away, there’s never a need to rush.

There are 13 toilets, 17 showers, 2 disabled toilets and showers and a baby-changing room. A small play area is provided for children, with kids’ bikes and a free-standing outdoor pool. In the main reception there is a games area with a pool table and free WiFi. Main music hall space with guitars, a piano, amps, drums, microphones and more (all frequently used, so expect some music while you are here). The laundry area is also in the main reception building and there is a backpacker style kitchen free to use along with a wood-fired stove. There is a facility for freezing ice packs. No individual campfires are allowed, but there is a communal fire just to the side of the main site.

There are 3 different walks around the lake, ranging from 3 miles (5 km) to 6 miles (10 km). Dirk will rent bikes to you at a reasonable €3.50 for 2 hours and lend you some local maps, the quiet roads are ideal and not too hilly. Or you can try pony-trekking next door for €18 an hour (ask at campsite reception). There’s also a hidden bird-watching tower for the more ornithologically inclined. And if the attractions of the lake aren’t enough, there’s a recently opened assault course in the trees at Forêt de l’Aventure d’Auxerre-Laborde (00 33 6 69 06 34 17), which is a 45-minute drive and costs €14 for kids and €22 for adults. If you like the idea of nosing round other people’s cast-offs, you’ll be able to find a car-boot sale (vide grenier) most weekends in one of the nearby villages (ask reception for a list). We found that this was more tailored towards locals than tourists, but there’s bound to be something to pique your interest.

You can pre-order fresh bread and pastries at reception every day and they carry a very small selection of food and drink, including the local tipple: we’re in Crémant de Bourgogne country after all. Dirk is also a fan of hosting traditional crêpe evenings every now and then, whipping them up outside reception for just €2 each. For those interested in fully immersing themselves in local culture, there is free wine-tasting in Marcenay courtesy of Monsieur Guilleman (00 33 3 80 81 40 03). Just around the corner, in Balot, there is a snail farm, which you can visit and even taste the produce for €7 per person. For traditional French food served in what feels like someone’s front room, complete with dressers and a mounted boar’s head, with its friendly welcome and reasonably priced fare Auberge de la Baume, also in nearby Balot (00 33 3 80 81 40 15), is well worth a visit. For a special treat, why not try the Michelin-starred, 12th-century chateau-hotel, Abbaye de la Bussière in Bussière-sur-Ouche (00 33 3 80 49 02 29)?

Inspired by the flow of visiting musicians, we are now officially a make-music-camping site, where musicians meet. Since 2015 this is a great success, especially in high season. For further ideas of this, please view our videos on youtube.

Mosts nights there is lovely music making by spontaneously meeting musicians all in a unstructured way. We have instruments available for you, such as piano, guitar, bass, drums and more. It is an open project and we love to see it grow and give good vibrations. Feel free to come plat here!

When camping, you can still sleep peacefully. The music happens in the front of the site or inside. It is not too loud and all the bush and trees and distance keeps the camping pitches real quiet. We have to alert our campers by bicycle and invite them to come and enjoy, if not they will not notice that there are sessions going on!

All of this creates an unbelievably lovely harmony between all of us.

Thank you to all you great and gifted musicians for all the unforgettableness :)

The site is on D965 between Laignes and Châtillon-sur-Seine. Follow signposts to Lac de Marcenay and ‘Camping’. 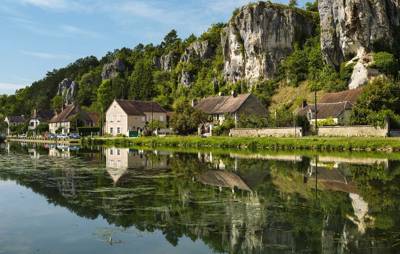 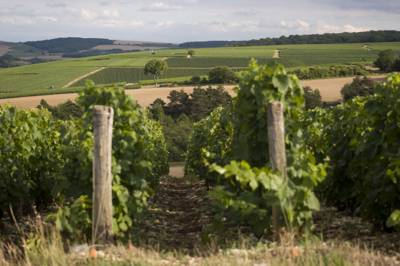 Aube, Champagne-Ardenne
Route de Spoy, 10200 Meurville, Aube, France
Staying in an intimate sanctuary under the rolling Champagne hills, with a host who has been making bubbly for 5 generations and wants you to try it. This is a place to relax, unwind, and recharge your batteries alongside nature – and fine wine.
80% vineyard and 20% tiny, natural, loveable campsite – the perfect ratio. 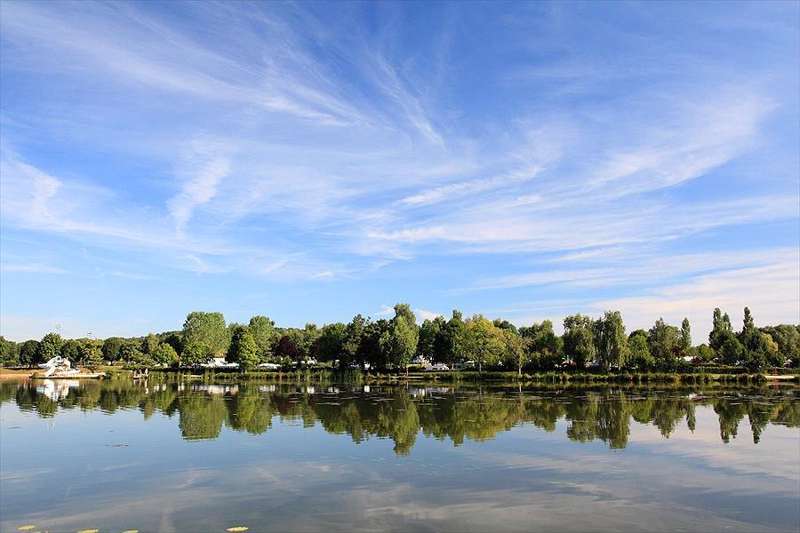