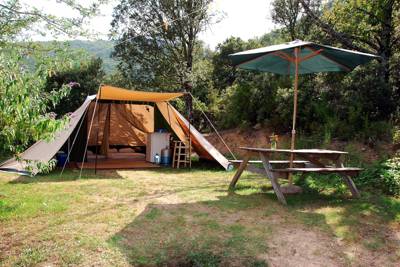 An organic fruit farm that lives off its land – selling plums, apples, strawberries, gooseberries, raspberries, pears and 120 kilos of organic bread each week – needs some assistance, and the Dutch–English proprietors get it by offering work placements to young travellers. In exchange for free accommodation and food, the land is cultivated, the donkeys and horses walked, brushed and fed, the bread kneaded every Tuesday (ready to sell at a co-operative of local farmers) and the fires are lit at night.

Watching workers from all over the world busying themselves and relaxing so well together lends a really cool, traveller vibe to this location. Actually, the location is cool enough without them, and turns over as a family-friendly business in the height of summer. But anyone who’s trekked to far- fetched lands will be impressed with the journey to get here. Don’t even think of turning back along the windy 51⁄2 mile (9 km) path that cuts through the mountains: once you’ve started, there’s nowhere to turn around. Some people rate the view of the Gorges du Mondony as their holiday highlight, others will always regret having looked down. On a positive note, the smaller the vehicle, the less your vertigo-induced fear (mobile homes are a definite no-go).

It took the owners two years of travelling down never-ending roads to find their dream home. One day 20 years ago, they caught a glimpse of chimney smoke rising through a clearing in the trees. The proprietor of that particular home wasn’t selling, but next door they spotted an isolated, dilapidated forge that had been uninhabited since the ‘30s. They snapped it up along with the surrounding 600 acres then set to work transforming rubbles of stone into fully functional, modern accommodation. Nowadays, they hire out a gîte, a chalet and a pigsty, which in total sleep 18 people.

The owners launched the camping bow in their arrow some 16 years ago with their Dutch designed De Waard Albatros tents. Six equipped tents named after the trees they’re next to (holly, plum etc.), sit by the stream or on a raised level overlooking the garden; plus, there’s space for people to put up their own canvas. They built a covered eating area where 50 people have been known to crowd around dining tables for the vegetarian evening meals. You can also swim in the river – making dams is apparently the holidaying proclivity of older Dutchmen – else just sit back and cook breadsticks over the fire.

It feels quite exciting to be so near to Spain in dense woodland. Whenever you fancy a change of national scenery, just hike over the border; there are two- and five-hour organised walks available. If you came in your own 4x4 you’ll be able to make it over rocky terrain by car, maybe passing a few wild boars on the way. Johan arranges regular group outings where you can hike to a Spanish restaurant for lunch, after which cars will bring you back. These trips are usually snapped up as it’s good to stretch your legs without the worry of getting lost.

Lately, after finishing the second pigsty (perhaps better described as a two person, one room studio), Johan has been overseeing the restoration and extension of the Mas, with natural stone stairs, two wings and a extra balcony on top of the old bread oven. Future plans also include a second gîte in the mas, overlooking the riverside. In the meantime, they continue living a peaceful life with their six homeschooled children. Their amazing, combined feat borne of patience, hard labour and assiduous planting enables them to sustain a living in this remote, unusual borderline setting. Hats off to them for living the (self-sufficient) dream.

The narrow mountain road has a precipitous drop; it’s not for the faint-hearted. Nor is it for those who like nipping out to the shops. Any journey away from the site is a bit of an adrenaline sport in itself, so for something a little more relaxing planning a hiking trip with Johan is recommended – particularly his half day or fill day walks across the border into Spain. Pony and horse trekking can also be arranged, with shorter routes for children.

Home-baked bread, cakes, jams, chutney and organic vegetables and fruits are at your fingertips.

Open all year round. May is a great time to see Céret’s cherry blossom in full bloom.

Fly to Perpignan or Gerona, then hire a car or take a bus to Amélie-les-Bains. The road is in the eastern Pyrénées mountains, 20 minutes from Amélie-les-Bains by car, 50 minutes from Collioure. Heading south on the D115, after Amèlie-les-Bains, take the first left signposted to Gorges du Mondon, passing Mas Pagris village along a long dirt track (with a precipitous drop!). On its descent, there’s a right turn into the driveway.

You can get a bus from Perpignan to Amélie-les-Bains. It’s a two-hour walk from there or they may be able to pick you up. 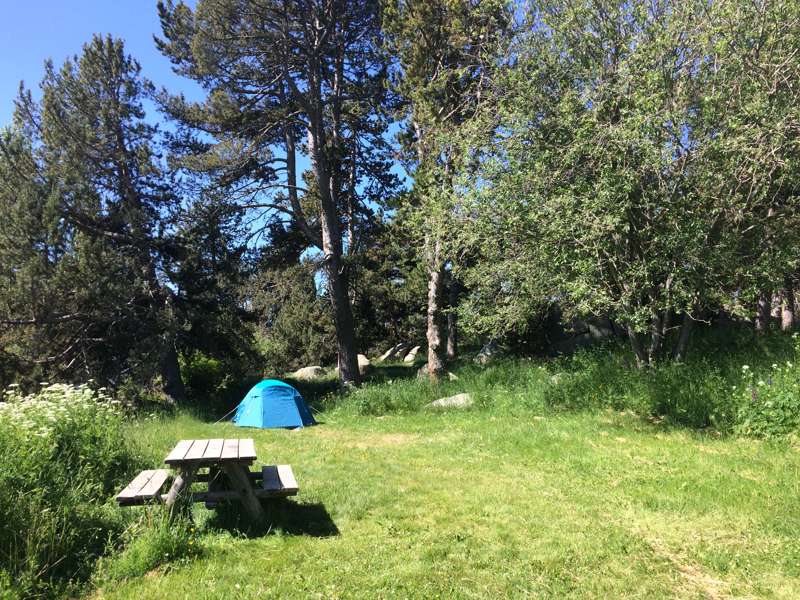 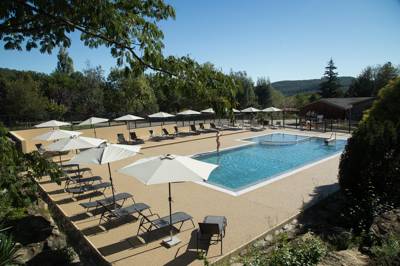