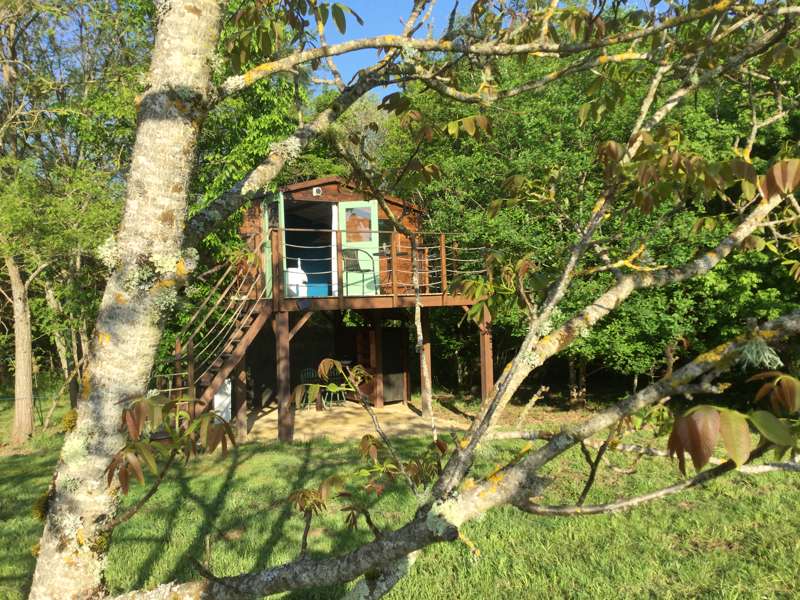 Known as France’s Lake District, the Limousin is celebrated for its wonderful rolling hills, fox-red cattle, and hordes of Brits trying to escape their compatriots from the Dordogne. It’s also an area integrally tied to the history of the Crusades and Richard the Lionheart, who met his end in the village of Châlus.

Camping de la Ribière Sud is just a few minutes away from there, set in 22 acres of sleepy woodland and meadow on the former site of a tree nursery. It’s a relatively new site run by two British ex-pats from the north of England – Ann and Harry. Harry’s an electrician by trade, so everything works like clockwork; Ann is gaining repute as a mixed media painter and her work appears in the local gallery as well as back home. The site’s centrepiece is a wonderfully painted, genuine Mongolian yurt. Inside it’s a hobbit hole of gypsy chic, wooden struts delicately illustrated by the hands of nomadic craftsmen; outside, a wonderful canvas dome bound in camel hair. But you don’t have to stay in here if you’ve brought your own canvas – there are plenty of pitches in the shade of mature trees, all with electricity.

Wild boars sometimes pop in for a sniff around, as do the local deer, beneath the ever- present shadows of buzzards. By night you’ll be sung to sleep by the soporific hoot of owls and coos of wood pigeons. The nice thing about La Ribière is the scale of the grounds – you can wander in wild glades and prairie grass without meeting a soul.

There are 6 generously sized pitches with separate power points. The modern wash-room block has piping-hot, eco-friendly power showers. There are disabled facilities. The wild grounds are rich pickings for children’s imaginations. They can explore, use fallen branches to build dens, play on the rope swing and campfires are allowed if conditions permit. Enjoy wandering around the garden which is open to the public once a year to raise money for charity. There are flower filled borders, trees and shrubs and a large pond with wildlife.

The capital of Limousin is Limoges, famed for its pottery and gastronomy (Limousin beef is delicious, as is the indigenous cream and cherry tart), and is a short drive away. The ruinous Château de Châlus-Chabrolith is where Richard the Lionheart met his maker when he was struck in the eye by a crossbow bolt. North-east of Limoges (between Guéret and Bourganeuf) is Forêt de Chabrières, not only a wonderful place to go walking and picnicking, but also home to Les Loups de Chabrières (05 55 81 23 23), where you can see wolves close up. The area is dotted with lakes – some of them have beaches with swimming and picnic areas – and there is kayaking in Aixe-sur-Vienne and Brantome. Other activities in the area include fishing, cycling, walking and horse riding. There are lots of markets in the local villages and vide greniers throughout the year with Brocantes and Trocs for those who like to browse for hidden treasure – furniture, pottery, jewellery, glassware and more.

Hôtel du Centre in Châlus (05 55 78 58 62) does great daily specials such as escargots, quiche Lorraine and salads and steaks. Plat du jour €13. At Pageas and Gorre there are traditional French restaurants. There’s also an Intermarché supermarket, butcher and bakery in town for all your self- catering needs. Chalus, Gorre, Champsac, Les Cars and other surrounding villages all feature their own local bars.

La Ribiere Sud Camping site, set within beautiful grounds of 22 acres with woodland, meadows, gardens and pond. Beyond there are pathways through woodland and countryside.

Available from 1st April 2018 wood cabin in the trees (Sol-i-tree). Yurt and holiday accommodation and there are also 2 self contained rooms each with double bed, en-suite shower room and tea/coffee making facilities. These are available to individuals or couples only (no pets please). Both rooms have outside covered patio area, table and chairs looking out on to the garden and pond area. 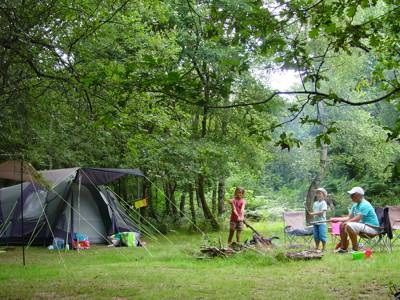