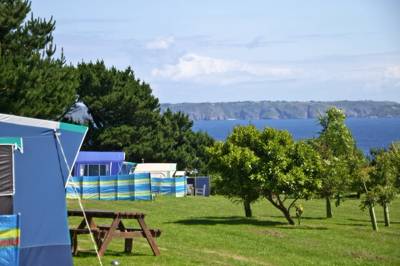 You will be captivated by the shimmering, almost Ionian beauty of the azure waters, golden sands and lush greenery

As the passengers of approaching aircraft scan the seascape below, some could be forgiven for thinking an absent-minded pilot had flown considerably further than the designated short voyage across the English Channel. Such is the shimmering, almost Ionian beauty of the azure waters, golden sands and lush greenery it's hard to believe the Channel Islands lie a little over an hour's flight from the hullabaloo of London. The five inhabited islands which form the archipelago are amongst the most stunning of British holiday destinations. Every year, hundreds of thousands of tourists seek the breath-taking scenery, twee English charm and languorous pace of life Guernsey, Jersey, Sark and Alderney have to offer. The islands' popularity duly noted, those seeking respite from the hustle and bustle of the high-season tourist population should head for the tiny island of Herm. This 2.4km long, 800 metre wide satellite of the substantially larger Guernsey is a tranquil anachronism of unspoilt beaches and carless roads (only tractors and quad bikes are allowed on the island).

Nestled at the tip of this lush outcrop lies the charming Seagull Campsite – a family-friendly, tents only, cliff-top site with stunning views. With a ban on "rowdy" young groups, this immaculately well-kempt site is perfect for those seeking a little bit of R&R. With spacious pitches and shared facilities, Seagull strikes a happy alliance of seclusion and communal sociability (a pleasing inevitability on an island this small).

Who could get tired of that view? The changing tides, light and seasons are constantly creating spectacular new vistas. You can comb beaches, search countless rock pools and cross newly exposed causeways to scale rocky islets. You can watch flocks of terns or rare migratory birds, glimpse fish in crystal clear waters and spy wild flowers without ever meeting hordes of people.

There's plenty to occupy the young and young at heart alike. Swimming, fishing, coasteering, rock-pooling; a stay at Herm offers "a return to life's purest pleasures". We couldn't have put it better ourselves.

80 pitches; Quality fully-equipped 6 berth frame tents (plus 2x 8 berth tents) for hire. Free luggage porterage on arrival and departure. Clean and modern purpose-built toilets; 5x hot coin-operated showers (£1); Washbasins and shaver points. Freezers for ice-packs. Tumble-drying and washing machine (£1 each). Groceries can be pre-ordered and delivered to your site. Camping cots at no extra charge subject to advance booking. Storage of equipment between visits. No campfires.

Kayaks are available to hire from Shell Beach courtesy of Outdoor Guernsey (01481 267627). Guided exploration trips can also be arranged. Hire times are dependent on tidal and weather conditions. Herm is popular with anglers throughout the year. The National Federation of Sea Anglers has regularly chosen Herm as the venue for their individual championship final. Late September or early October (depending on tides) is a popular time for visiting fishermen (and women). Boats can be chartered for half day or evening fishing trips (07781 101935 or 07781 104356). Join Herm's head gardener Brett Moore on his weekly Island Garden Tour. The island's stunning coastal gardens are widely celebrated and give visitors the chance to learn about the unique plant life and challenges associated with gardening on Herm. Every Tuesday at 11am from mid April to mid September.

The White House Hotel (01481 750000) The Ship Inn Brasserie (01481 750075) and The Mermaid Tavern (01481 750050) all offer sophisticated dining options. For something more casual, the Mermaid also does a decent pub lunch and regular barbecues. The beach cafes and harbour village snack bar offer a good selection of sandwiches and hot drinks.

The only way to arrive in Herm is by boat - either aboard a private yacht or on the regular Travel Trident passenger ferry   which takes just twenty minutes from St Peter Port. But first you need to get to Guernsey and you can do so by air or by sea.

By Air: Flights to Guernsey are available from major UK and European airports. A regular schedule of inter-island flights also operates between Guernsey, Jersey and Alderney.

By Sea: High speed regular direct catamaran services to Guernsey run from Poole, Weymouth and St Malo. You can leave your car at the port and travel in comfort as a foot passenger. If visiting with your own yacht,  why not moor it in St Peter Port Marina. 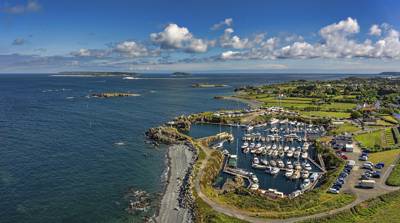