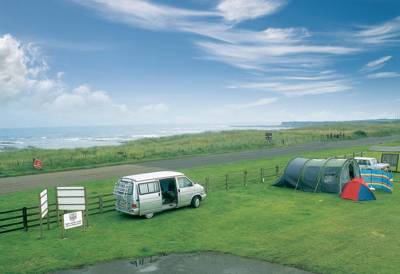 A stunning stretch of deserted coastline

There is something strange and ever-so slightly out of kilter about the north Northumberland coast, which is much easier to sense in the air, than put your finger on by mere expression. It’s almost as if time is travelling on a different plane – that something of the past is constantly reaching forwards through invisible chasms in the layers of time. Or it may just be that this remote coastal strip remains as it has been for hundreds of years, and that the only real signs of development are a collection of amazing fortresses built nearly a thousand years ago.

Just in case you aren’t sure whereabouts in England this unchanging oasis of tranquillity and beauty lies, it’s in the far northeastern corner of the country, very nearly in Scotland. At the moment it’s in England, but you never know around here.

Beadnell Bay campsite, situated next to the sea at Beadnell Bay, is about two miles south of Seahouses – surely the smallest seaside resort in the world. Small it may very well be, but Seahouses boasts a couple of pubs, a couple of chippies and a working fishing harbour, with boats running out to visit the famous Farne Islands – home of birds, but nothing (nor anybody) else. The village of Beadnell itself even has a chip shop and a pub to sustain the active camping life.

The site would be best described as unremarkable in itself, with a flat little field presenting nothing in the way of shelter to soften the occasionally wicked east wind from pummelling your tent. Facilities too are fairly average, but there is everything you need in the ablutional department to keep visitors from becoming social outcasts. However, all this is unimportant really, for nobody comes here to sit and ponder how glamorous the toilet block is, or isn’t. To come here is to fall under the spell of the empty coastline, and the history still trembling through the air.

What you will definitely need at Beadnell Bay is your bike, for these quiet, level back roads all along the coast are perfect for velocopedic exploration. The first place to explore is the coast road through Seahouses to Bamburgh. Pedalling out of Seahouses will give you a first ethereal glimpse of Bamburgh Castle – miles away, piercing the heavens, and apparently floating on sand. As the miles disappear under your wheels this hazy mirage gradually solidifies into an elegant but enormous red edifice, impressive and noble in the soft Northumberland sun.

Despite all this beauty and excitement, the real thrill of this coast is to walk south from the campsite along the sands, past Beadnell Bay, Newton Haven and the empty, exotic-looking Embleton Bay, to take in the dramatic views of Dunstanburgh Castle. Although you probably will be drawn towards the atmospheric ruins, there’s no need to get any closer to confirm that something is indeed going on in the ether, and to feel a deep and magnetic attraction to this deserted landscape and seascape.

Our Club Site at Beadnell Bay is idyllically located a few steps from the sand dunes of the North Northumberland Heritage Coast, with the sea in one direction and delightful countryside in the other. The dunes area a haven for birdlife all year round, and walkers will enjoy exploring the area and surrounding Cheviot Hills. Outdoor enthusiasts should also note that the Coast and Castles and National Cycle Routes pass the site, while the nearby Beadnell and Seahouses offer a variety of water sport activities, including diving, angling, windsurfing and canoeing. The Club Site has a shower for those in wetsuits. For a more relaxing day out, Northumberland has a number of fascinating castles and fortified buildings, including the mediaeval Alnwick Castle, which has provided the backdrop for films and TV series, including Elizabeth, Blackadder and the Harry Potter movies. no caravans are allowed on this site and there are no electric hook-ups or hard standing pitches available. Steel pegs are needed due to the winds on the site. There is no designated Motorhome Service Point on the site and therefore a hose for filling and a bucket for emptying the tank will be required. Swallow Fish Ltd in Seahouses supplies local wet fish, including crab and sea bass. Robert Carter and Sons in Bamburgh sells local meat, cheeses and pies. Craster Smoke House smokes and sells fish. Read More

From the A1, 5 miles north of Alnwick, take the B6347 east then the B1340 to Beadnell. The site is on the left after a bend to the north of Beadnell. 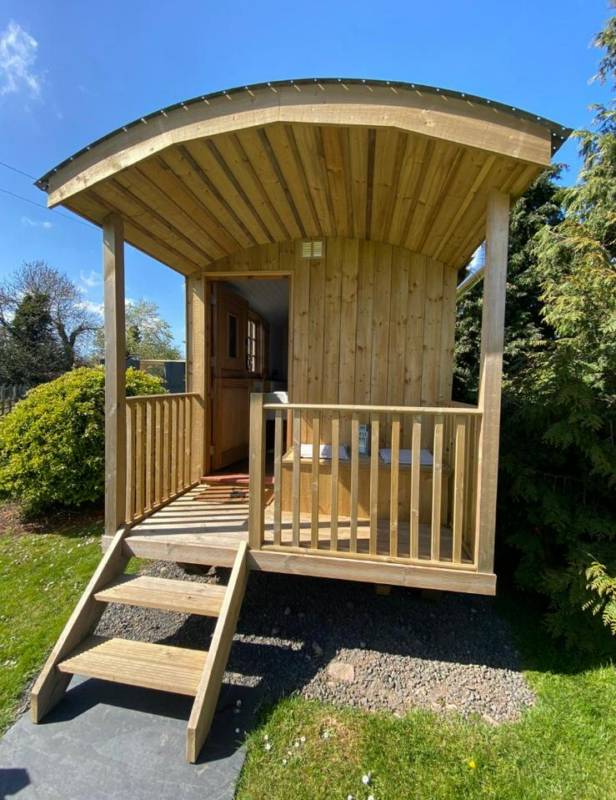