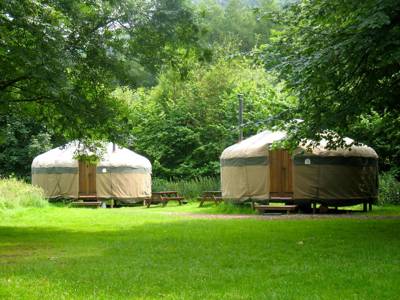 Magical Morrocan yurt glamping in the heart of the Lake District National Park
“An Englishmen, a Viking and a Moroccan…” It may sound like the start of an odd joke, but this unusual combination is precisely the inspiration behind Long Valley Yurts. The location, Great Langdale, is as English as they come – owned by the National Trust and snuggled between the mighty peaks of the Lake District. Yet the name originates from the ancient Viking settlers whose language has been scattered about the region, with “Langdale” meaning long valley in ancient Norse. Then there’s the Moroccan influence – the yurts themselves – beautifully crafty and finished in the original, ornate Turkmen style. Laugh out loud punch line it is not. But it makes for one hell of a campsite.

In fact, Great Langdale has been plastered across the pages of Cool Camping guidebooks since our very first publication, such is the splendour of its setting, but it’s this new glamping aspect that has struck a chord with visitors to the mighty mountains today. Pinned between the Langdale Pikes – two distinct peaks over 700m high – Long Valley Yurts is situated on a private slice of the already established campsite, with three fantastic yurts on offer.

Inside, a combination of beds and futons sleeps up to six people, while a toasty wood-burning stove ensures some extra comfort during the cooler twilight hours. Moroccan style rugs are spread across the wooden floors and a fully equipped kitchen (with gas hobs and oven) features all the cookware you could need. Solar powered LED lighting is provided, but most of the time natural brightness pours through the central crown in the roof, a brilliant traditional aspect of the design, combined with the sturdy ash-carved frames that mean the structure can withstand the best of British weather. When darkness falls you can stay in the warm but still enjoy exceptional stargazing through the ceiling; it’s a true joy to behold.

Beyond the privacy of your abode, being on a larger site has its merits. Along with fantastic facilities and a well-stocked shop, there’s a bunch of maps in the Great Langdale reception showing you the easier routes around the valley. The starting point for the Langdale Pikes walk is just a short stroll away, while England’s highest mountain, Scafell Pike, is also within walking distance (though the round trip on foot from the campsite is a full days hike). Plus, if it all becomes too much, there’s a collection of pubs vying for your attention. Stay for a long weekend and visit a different one each night!

Yurts sleep up to 6 (2 double futons and 2 single futons – all bed linen supplied). A fully equipped kitchen including gas hobs and oven; while lighting and fairy lights are solar-powered. 2 large shower-and-toilet blocks just a stroll away. Well-stocked shop and laundry facilities. Off-the-ground BBQs are fine and campfires must be in the pits provided. Bike hire is also available from the campsite reception as well as made to order bacon butties and freshly brewed coffee, plus there's a bread oven for freshly baked bread in the mornings. There is also an excellent bouldering wall for all to enjoy.

Long Valley Yurts have teamed up with Keswick Canoe and Bushcraft (017687 80145) to offer a range of exciting Ray Mears style activities including an Introduction to Bushcraft Day, Canoe and Bushcraft experience and Shelter, Flints and Steels skills course to name but a few. Contact the Long Valley team for more information and booking. Also bookable through Long Valley Yurts and running from the site or close by are all manner of exciting half day and full day outdoor activities including rock climbing, gorge scrambling, abseiling, mountain biking, mountain walking and canoeing – all of which are run by trained local experts and are appropriate for a full range of ages. The activities start from £25 for half days, with moonlit canoe trips being a particular highlight and the rock climbing and abseiling routes taking on some of the most famous areas in the national park. See their website for further details.

Take the A593 from Ambleside. At Skelwith Bridge, turn right onto the B5343. The campsite is six miles down this road; look out for the sign on the left after the New Dungeon Ghyll Hotel.

Using public transport, take the train to Windermere, then the 599 bus to Ambleside, where you can pick up the Langdale Rambler. The 516 bus from Ambleside stops a 5-minute walk from the site, for times call 0871 200 2233. 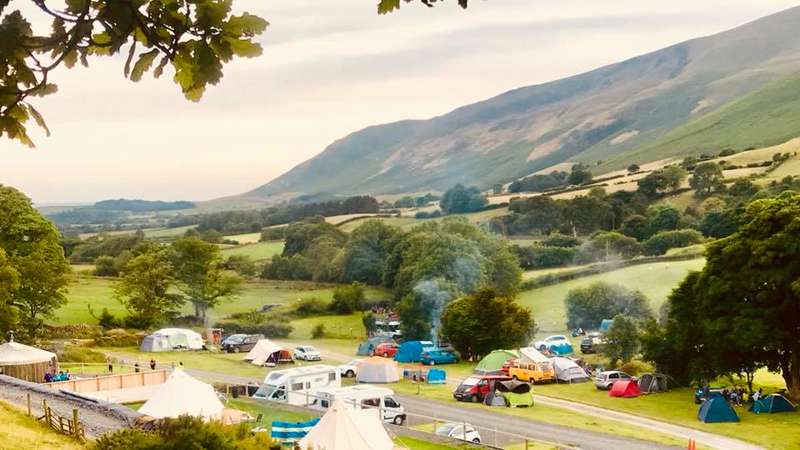 Ulverston, Cumbria, North West England
Baystone Bank Farm Campsite, Whicham, Millom, Cumbria LA18 5LY
Lake District camping on a working farm with a stream to splash in, campfires encouraged and a horse-riding centre on the doorstep so you can tour the local scenery in style. 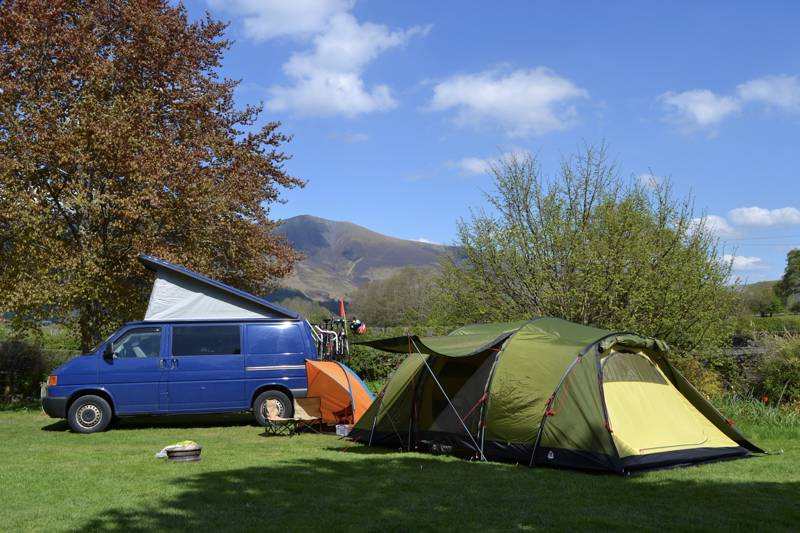 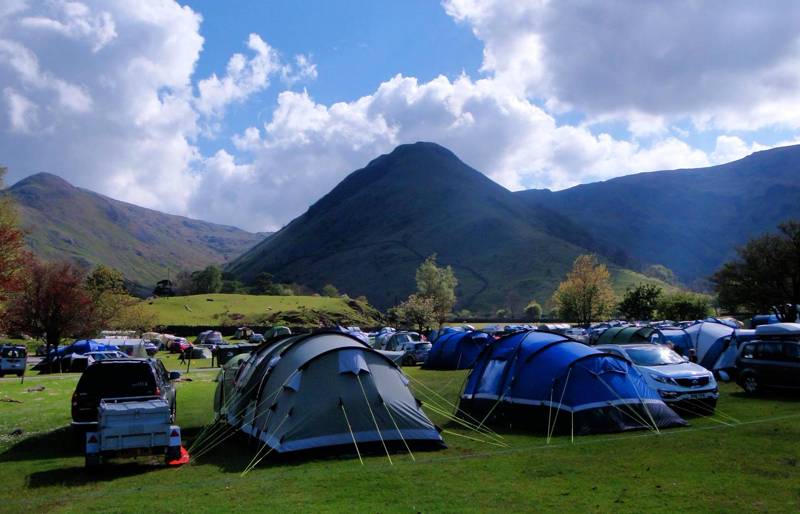 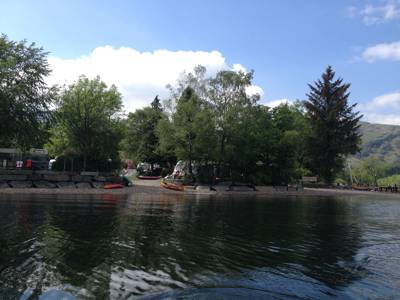