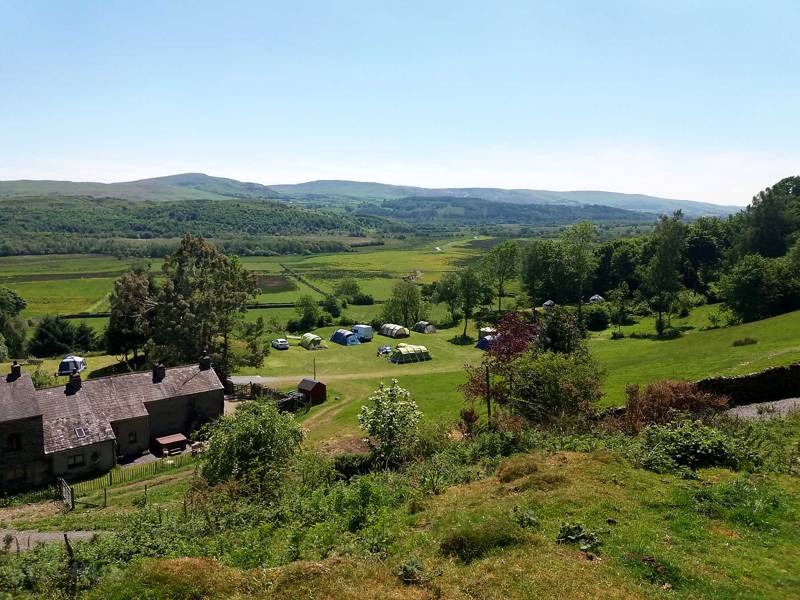 For all the drama of the steep valleys further north – Wasdale, Langdale, the Kirkstone Pass – it’s the sheer space and wide open views that make Moss Side Farm in the South Lakes so undeniably epic. Set on a natural plateau, the flat, grassy tent pitches look east across the low, moss-coloured wetlands of Kirkby Pool and to the wooded hillsides four miles opposite. It’s here that the Lake District’s great mountains dissolve into the sea. And, for campers, with the Old Man of Coniston a 10-minute drive in one direction and the seaside 10 minute’s in the other, it’s a real best-of-both-worlds location.

Three miles west of Coniston Water, Moss Side is a working hill farm with a flock of Herdwick sheep roaming the fells and a clutch of ducks and hens that provide free-range eggs for lucky campers. The three fields immediately around the farm, have been set aside for camping, with fresh-water taps in each and a central wash block, with showers and toilets (plus some helpful extras like a freezer for ice-packs and a kettle for general use). In all, however, Moss Side remains a simple and laid-back affair. There’s room for just 30 camping pitches in total, giving the place a thoroughly secluded feel, and large groups and noisy campers are not allowed. When evening falls, it’s the crackle of campfires that’s loudest of all.

If you came to the farm 50 years ago you’d have found a railway line cutting it in two. Today, the old railway bridge by the farm’s entrance has been removed and the disused line makes a pleasant walking route into Broughton-in-Furness, a half-hour stroll away. With a good café on the tree-lined village square and a trio of decent pubs, it’s worth the wander. The farm, meanwhile, has embraced this industrial history and added a collection of characterful railway cabins alongside the tent pitches (each sleeping four), with a bunk bed at one end, a double at the other and a wood-burning stove in between. Propped up on girders, they don’t look like they’ll be running back on the line any time soon. Other glamping options include a six-person bunkhouse and a pair of miniature yurts for couples.

Given its close proximity, most walkers will want to hike up the Old Man of Coniston at some point during their stay and it takes just 10 minute’s to drive to the popular starting point in Torver. For a less visited peak, however, it’s just as quick to drive west to smaller Black Coombe (a two-hour walk to the top and back), which then gives you the opportunity to have an ice-cream on the beach straight after. Haverigg Beach and Silecroft Beach are the closest, and each around 20 minutes from the campsite, while inland water sports abound at nearby Coniston Water.

Shower and toilet block. Washing-up, freezer for ice-packs. Communal power points that guests can use. Campfires permitted, with logs, firelighters, kindling, sold on site. Fresh produce, such as eggs, are also available to buy. Moss Side is a working farm, with traditional Lakeland Herdwick sheep (and lambs in spring), Hereford cattle, ponies, ducks and hens.

No Children under the age of 12 years, no groups of families, Campers, glampers, tents, camper vans,dogs (on a lead at all times) – yes.  We aim for a quiet site, no music, no ball games, no groups except duke of Edinburgh.

There are several good footpaths leading straight from Moss Side Farm Campsite. One follows the old railway line route down the valley and leads you right to the village of Broughton-in-Furness (35 minutes), others take you to Seathwaite valley and Ulpha valley, while another takes you up and over into the next valley and down to Broughton Mills (see Food & Drink). Ask the Moss Side Farm team to point you in the right direction if you need help or seek out the information centre at Broughton in Furness. The most popular high-level hikes are to The Old Man of Coniston (10 miles away) and Whitfell (7 miles). For incredible views of the coast, drive the 15 minutes further west and climb Black Combe. It's a 15-minute drive to Coniston Water, the third biggest body of water in the Lake District and the closest to Moss Side Farm. Sail on the lake on the historic steam gondola, rent canoes and kayaks or launch sailing boats from the Coniston Boating Centre (015394 41366). If you're into history, it's 30 minutes to Muncaster Castle, 30 minutes to Holker Hall and 40 minutes to National Trust-owned Sizer Castle (015395 60951). The towns of Windermere and Ambleside are about a 20-minute drive each, as is the South Lakes Animal Park (01229 466086) at Dalton-in-Furness, a popular option for families if the children are tired of walking.

It's a half-hour walk down the valley to the village of Broughton-in-Furness, where there's a petrol station, a bank, a butcher and grocers, a post office, a bakery (01229 716284), a café (01229 716388) and a trio of decent pubs. The Black Cock (01229 716529) is our pick of the bunch, particular on a sunny day when you can sit outside, while the Old Kings Head (01229 716293) is another option and the Manor Arms (01229 716286) is great for a Guinness and some olde world charm. For a country pub that's really worth the walk, there's a good half-hour jaunt over the hill from Moss Side Farm Campsite and down to the River Lickle. There, in Broughton Mills, the Blacksmiths Arms (01229 716824) has bags of character, with four small rooms, three of which have original beams, slate floors and warm log fires in winter. In summer, hanging baskets and benches under parasols make it a great place for sitting out, while cask ales and real ciders on tap and refined dishes (including an excellent pigeon salad with black pudding) lend some real class to the thoroughly casual atmosphere.

No children under 12 years of age, no young groups or family groups, no ball games.  We aim our marketing at the couples who are looking for a quiet site with great views for a peaceful experience.Moss Side Farm is a traditional Lakeland Hill Farm. Our quiet campsite is the perfect place to come back to relax after a long day of adventuring, to a quiet and relaxing atmosphere. Situated in the south West corner of the Lake District in the beautiful Woodland Valley, the area is renowned for its stunningly beautiful views. The farm is also still a working farm having traditional Lakeland Herdwick sheep and lambs, Hereford cattle, ponies, ducks and hens.

Moss Side Farm Campsite has views looking down across the woodland valley, taking in Kirkby Pool which slowly meanders along the valley floor to join the Irish sea in the distance. The camping pitches are mainly grass, with a couple of hard standing sites also available – nice and flat.

For those who would like to come and stay but who are not campers, there are other options too: The Little Lakeland Bunk House which sleeps 6 along with 4 Rail Cabins which sleep 4 per cabin.

We wish you a lovely stay, and if you have any questions don't hesitate to ask!  Moss Side Farm's nearest village is picturesque Broughton-in-Furness a 7 min drive or 30 minute (or so) walk away; here guests can buy bread from the award-winning Broughton Village bakery and groceries and meat from a family-run butcher and grocer. The village also has three pubs (two of which serve food) , a restaurant, two cafés, a petrol station, a post office, a bank and a gift shop.

16 grass pitches and 4 hardstandings. Accommodation also available, including a bunk house, 4 railway cabins (each sleeping 4) and a couple of miniature yurts (each sleeping 2). Separate camping area for groups to pitch together.

Moss Side Farm Campsite is 45 minutes from junction 36 on the M6 motorway and a 7-minute drive from the village of Broughton-in-Furness via the A590 and then A5092 (both heading west through the Lakes). You'll pass through Meathop, Lindale and Haverthwaite and Moss Side will be on your left as you approach Coniston Water, just east of Broughton-in-Furness. If you have a sat-nav, the site's postcode will bring you there correctly, which is always a rare bonus for a campsite. 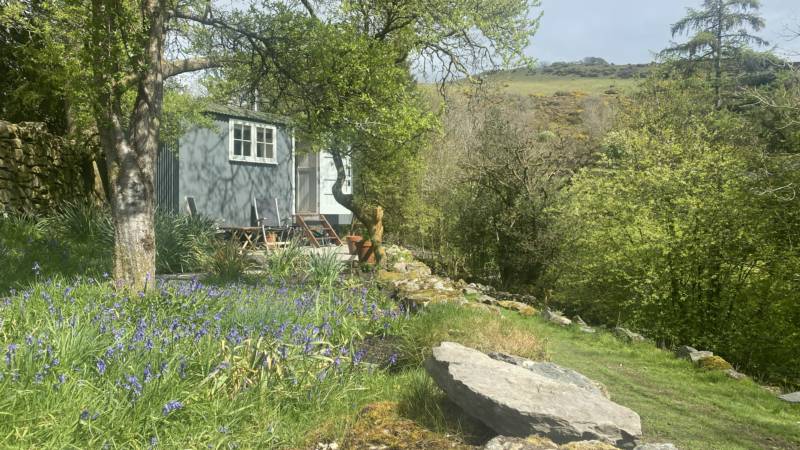 Glamping in Bowness on Windermere