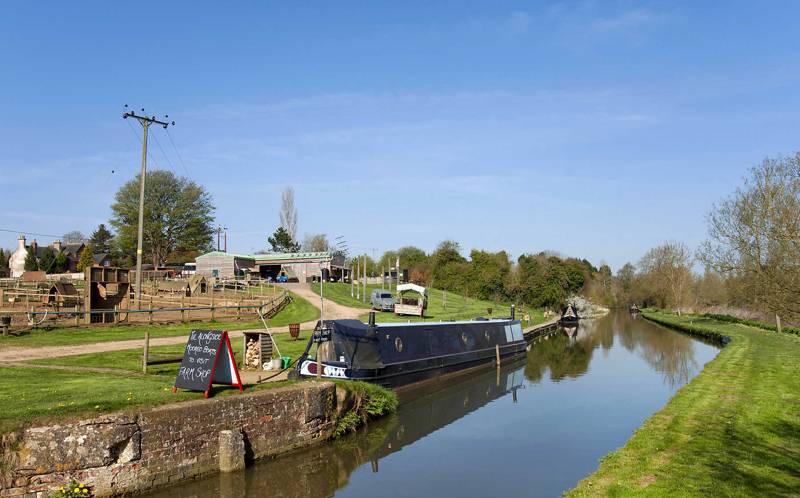 Canal-side camping for adults on a rustic Oxfordshire pig farm

When Dean and Sara first moored their narrow boat here in 2007 it was a drastically different place. The land still sloped gently down to the canal-side, green and inviting, but otherwise it was little more than a simple cattle pasture, blotted with the odd molehill and a scattering of buttercups. Today, however, it has truly been transformed. It has become the sort of place you hear about several miles down the canal; a whisper between boating folk who feel they each share this local secret. Chug around the bend and the banks are now a manicured carpet of grass and decking, split into segments and dominated by pig pens, and duck and chicken coops. “STOP”, the sign reads, “Farm Shop”.

We don’t need asking twice, though plodding along with a tent and sleeping bag it’s not a mooring spot we’re after. Welcoming campervans, caravans and the humble tenting camper, The Pig Place is open to all and it’s signage sums up the general atmosphere. The focus here is not on plush camping pitches with power-showers and strings of wooden clad chalets, no, first and foremost this is a simple, yet delightful small holding and only after the animals, the farm shop and the mouth-wateringly good food van came the campsite.

The resulting ethos is fantastic. The camping is wonderfully rustic – there is one portable toilet and no showers on the site – but that certainly doesn’t mean it is neglected, with Dean and Sarah always on hand and inviting you over when it’s feeding time to join in and see the pigs. It’s inclusive, but not overbearing, and their conscious decision to keep everything small-scale and low key, makes it a sociable and thoroughly relaxed place to pitch.

The food, of course, is an obvious selling point. Their farm shop, selling meat, free range eggs and veg, is truly enviable – though if you envy it too much you may end up buying a couple of hens to take home with you – and the cooking trailer (The Pig Stop) is opened up each morning to serve an unbeatable home-reared breakfast. It may just be a ploy. The wafting smell of bacon is so good you can imagine that somewhere, in a lock, several miles down canal, there are already folks on board their boat sniffing at the air and tracing their way in your direction!

Nearby, the town of Banbury has enough independent shops and restaurants to keep you busy and the immediacy of the M40 means seemingly far off towns like Oxford and Warwick are actually just 40 minutes or so away. The motorways ever presence in the landscape may be unmistakeable on the map but its treed flanks do a surprisingly good job of shielding any noise, leaving the Pig Place to retain its unmistakably rural charms.

This site is still very much a working farm, so the camping experience is of the more rustic sort. The grassed tent and caravan paddock is by the livestock area, so there's always something to see – feeding time is an experience not to be missed! There simple, festival-style portable toilets but no showers, chemical waste disposal and a washing up area. Campfires (designated canalside area with sofas) and BBQs are permitted. Some road noise.

This is an adults-only campsite.

Adults, tents, campervans, caravans and dogs – yes. Children under 18 – no.

Visitors are not permitted in the camping fields.

The canal towpath provides excellent walks to some of Oxfordshire's and Northamptonshire's prettiest villages, pubs and restaurants. If you don't mind using the car, though, it's just 4 miles to Banbury, its attractions include, aptly for this campsite, Tooley’s Boatyard (01295 272917), dating back over 200 years and the oldest working dry dock in the country – if you fancy a boat trip on the canal this is the place to come. For a longer day trip pack some of the site's bacon sarnies and drive to Shakespeare's Stratford-Upon-Avon, historic Warwick, or south to magnificent Oxford – all are within a 40 minute drive.

The farm shop here is truly excellent. Their rare breeds provide excellent sausages and various different cuts, along with free range eggs. Better still, every day there is hot food available. The freshly cooked food from their outdoor café includes sausage, bacon and eggs and burgers, BBQ pulled pork and weekend specials plus decent coffee and cake.
Though there are 4 pubs in nearby Adderbury, the more pleasant option is to walk the half hour along the canal towpath. It's around 2 miles to The Great Western Arms (01869 338288) a fantastic old pub with a good beer garden and family-friendly atmosphere.

If we're your kind of place, we look forward to meeting you. Our camping areas are 'child-free' and cater for motorhomes, caravans, campervans and tents. Being canalside you're welcome to visit by narrowboat too.

Our breakfast is unrivalled. Fabulous food with a fantastic view over the Oxford Canal and Cherwell Valley - what's not to like? The addition of 'Trotters Bar' makes The Pig Place a perfect place for adults to chill out and soak up the canalside atmosphere.

We're lucky here @ The Pig Place as both our food outlet and bar are outdoors and, as the government states "the risk of transmission outdoors is significantly lower", we are confident that with social distancing measures and contactless payments you enjoy The Pig Place as much as you always did.
We look forward to welcoming you :@)

The Pig Place is 6 miles from Junction 10 on the M40. Pick up the A43 towards Silverstone and then the B4100 for Aynho. Head through the village and continue along the B4100, past 2 car garages and a turning to Kings Sutton. 200 yards past the turn is an entrance to a layby shielded from road by trees. The Pig Place entrance is within this lay-by. 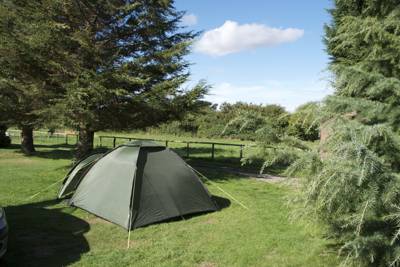 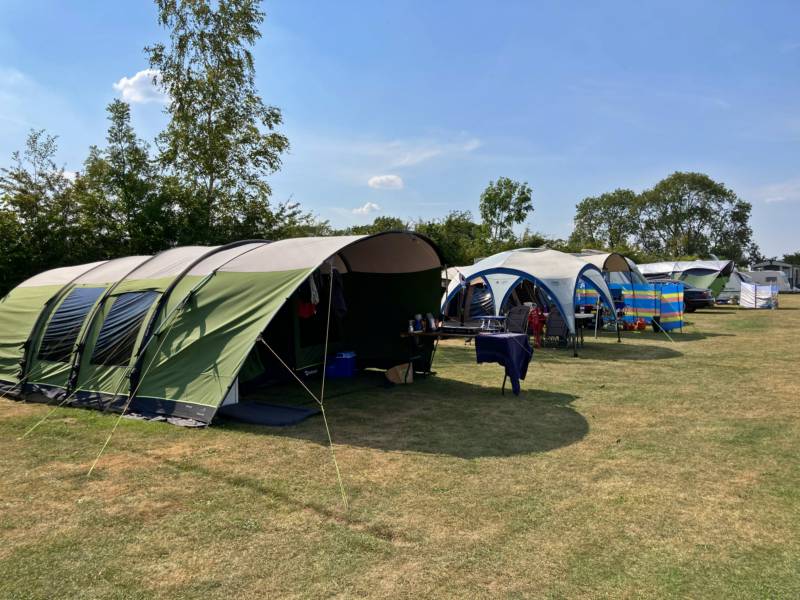 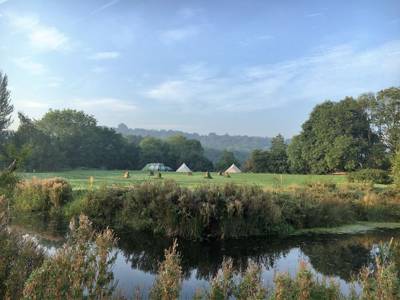