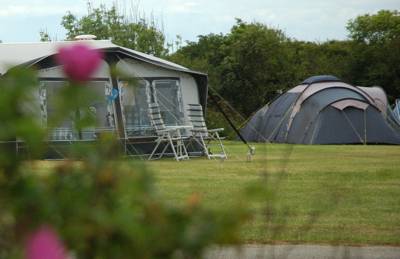 Don’t expect the wow-factor to hit you as soon as you arrive at Teneriffe Farm. On first impressions it’s just a very pleasant place to pitch up, hemmed by farmland, and with a blaze of Atlantic blue peeking above the hedges. Beyond this there are no obvious frills, save for the swings and slide of the children’s play area. But that’s just the point: camping should be a simple pursuit, and it’s always best if your focus is on nature, starry nights and the Great Outdoors. And Teneriffe Farm is a perfect place for all three.

Close to the Lizard National Nature Reserve, 10 minutes on foot from the South West Coast Path and a 40-minute stroll from the pretty harbour of Mullion Cove, the location is a gem. The acquisition of this cliff-fringed site by the National Trust a few years ago was part of a project to breathe life into the landscape by re-joining the neighbouring land and running a viable farm where there hadn’t been one for years. The result, today, is that tenant farmer Will Watson and his family comendably manage a herd of hardy Dexter and Red Devon cattle alongside the campsite – the herds’ wind-blown, browny-red figures grazing on the cliffs and fields beyond the camping meadows.

Along with the exceptional location, Teneriffe is widely recognised as one of the National Trust’s most important farms for nature conservation. Rare plants – rushes, ferns, liverworts and wild asparagus – thrive on the cliffs’ thin soils, while Will annually sows plots of bird seed, which act like living bird tables, attracting flocks of skylarks in their droves. No surpise, then, that the campsite has the same magnetic effect on nature-lovers.

Newly renovated (2018) ablutions block, including toilets, powerful showers, a laundry and an undercover washing up area. Ice-pack freezing and phone-charging facilities. Childrens’ play area. Pods are simply furnished, with 4 mattresses, a small heater, lights and a plug socket. Bikes can be hired and delivered to the campsite from a local provider (ask at reception). Free weekly farm walks with Will in the school summer holidays.

Mullion Cove is a short drive or 40-minute walk; from here you can go on a kayaking trip with Lizard Adventure (07845 204040) or walk over the cliffs to Poldhu via the Marconi Centre, where the first transatlantic message was sent in 1901. Turn the walk into a 4-mile loop via Mullion village.

From the A3083 (Helston–Lizard) head right on the B2296 through Mullion. Before Mullion Cove turn left to Predannack and follow the road for 1 mile until you see the campsite. The bus between Helston and Lizard stops at Mullion, just over a mile away. From there it’s a pleasant walk along the coastal path (or a slightly quicker walk inland). 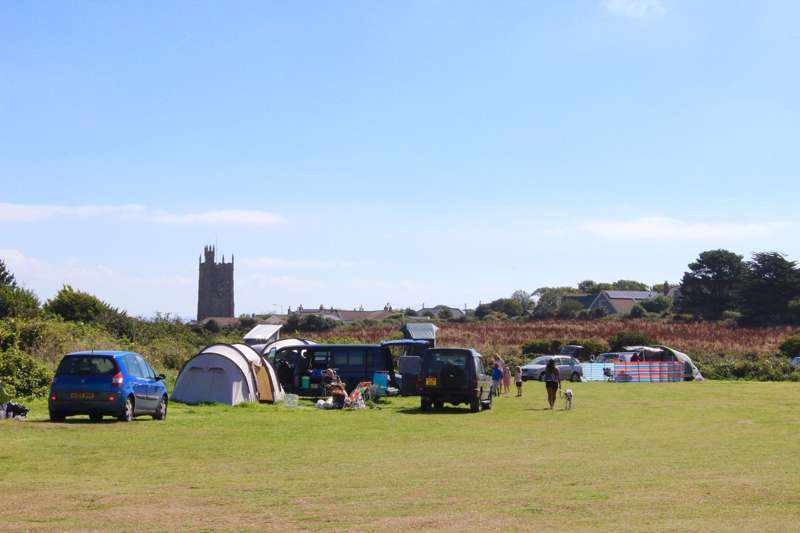 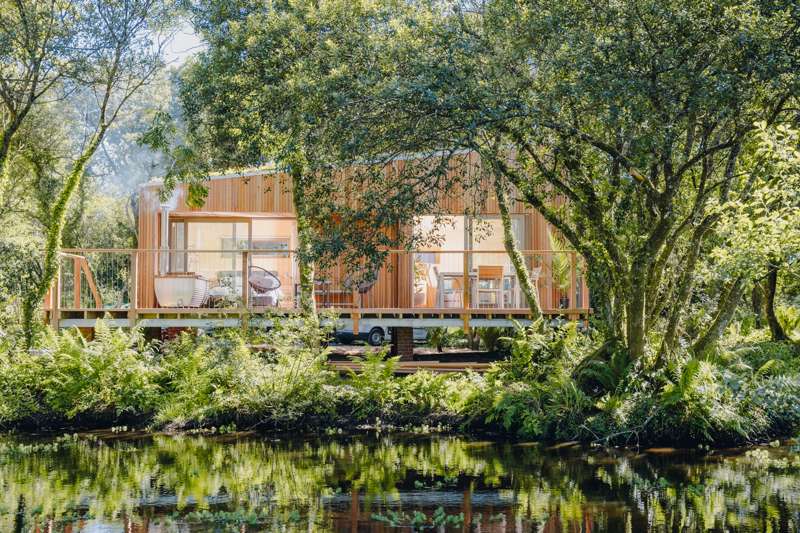 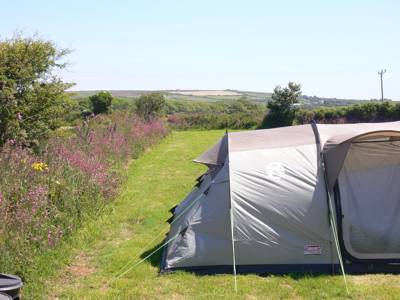