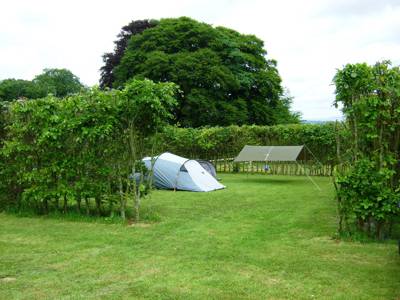 As all Cool Campers know, Devon has no shortage of bucolic boltholes worthy of a pitch up. The North Devon coastline near Ilfracombe is a firm favourite for the teeming hordes making their escape from the big bad city, while the south of the county surrounding Salcombe gets very busy at the height of summer.

Thankfully not all of Devon’s best spots are common knowledge. If tranquillity ye seek, go west. Way west that is. The river Tamar is the historic dividing line between Devon and Cornwall, as decreed by King Athelstan in 936. Today the administrative dividing line between the two south west neighbours follows pretty much the river’s route, scything through the spectacular Tamar Valley. Lovingly ensconced in this Area of Outstanding Natural Beauty lies The Old Rectory.

This neat, little spot right in the heart of the Tamar lies on 5 acres of lush Devonshire countryside with stunning vistas over the breathtaking Dartmoor National Park. The Scott family have set up room for twenty or so tents on fastidiously well kempt grass. There is also space for just eight tourers— though mercifully for the canvas contingent these are in unobtrusive tree-lined bays on soft standings (no tarmac pitches here, though they do come fitted with electronic hook-ups) in a separate field. For the first time camper, The Old Rectory now also boasts four new timber camping pods (3 standard and I family sized) with electric lights and oil-filled heaters.

Such is The Old Rectory’s immaculate cleanliness that on first glance, it might come as a surprise to learn that the Scott’s also run an adjacent small holding. With Dexter cows, rare breed pigs and even Shetland ponies, kids will delight in this real taste of farmyard life. Speaking of the nippers, there’s also an onsite play area should they grow tired of the animals. But with an abundance of wildlife to spot in the surrounding countryside, this seems unlikely. Keep your eyes peeled for rabbits, badgers and even the odd red deer…

Animals! And lots of ’em! Free hot showers, 8 electric hook-ups, laundry facilities (chargeable) and a washing up area. Campers can also use the freezer for ice blocks. A small stock of camping gas canisters, spare tent pegs etc can be bought on site.

The Tamar Valley itself is an Area of Outstanding Natural Beauty so simply taking in the unspoilt landscape is top of most visitors’ agenda. However, a drive in either direction down the nearby A390 leads to any number of great days out. The historic market town of Tavistock (birthplace of Sir Francis Drake no less) boasts some fine sites such as the ruins of the Benedictine Abbey and the famous Pannier Market. Further afield, there’s a spectacular train ride from nearby Gunnislake to the bustling port town of Plymouth. The Old Rectory is also one of the closest camping parks to Morwellham Quay— a UNESCO World Heitage Site and home of the Edwardian Farm, historic port and Mine Railway. Why not round a trip off with a river cruise along the majestic Tamar? With Dartmoor National Park a crow’s flight away and a number of National Trust sites nearby, there’s plenty to keep the more active camper happy including paintballing, canoeing and the intriguing sounding, tree-surfing!

Eggs from the freest of free-range chickens and bacon or sausages from the Scott’s own traditional rare breed pigs. All that scoffing on apples from the farm’s orchard gives them a deliciously fruity depth. These can be purchased from the fridge at the shower block paid for via the honesty box.

A local farmer has recently bought the Copper Penny Inn and we are happy to say its all about good ordinary food at a reasonal price and he keeps good beer.

At The Old Rectory we try to ensure our guests have a relaxing and restful break. The site is free flowing and pitches are generous with the added option of a private non electric bay (at an extra cost).

The view from most of the pitches and pods is  the breathtaking Dartmoor. New to us this year are our very friendly geese one in particular follows Len around all day when he is cutting grass and triming hedges. He just seems to like the company.

The chickens as any of our regular guests will know are sooo free range and are happy to tidy any crumbs you may have dropped.

We offer discounts at different times and sometimes late availability either visit www.tamarvalleycamping.co.uk or give us a ring on 01822 832927.

Take the A390 out of Tavistock for about 2 miles and first left at roundabout about 500 yards take a left and you have arrived!!!!

There is  a bus at the end of the road which either takes you to Tavistock or Gunnislake allowing you to catch the train to Plymouth along The Tamar Valley line voted one of the most picturesque in the country.

Book campsites near The Old Rectory Caravan and Camping Park 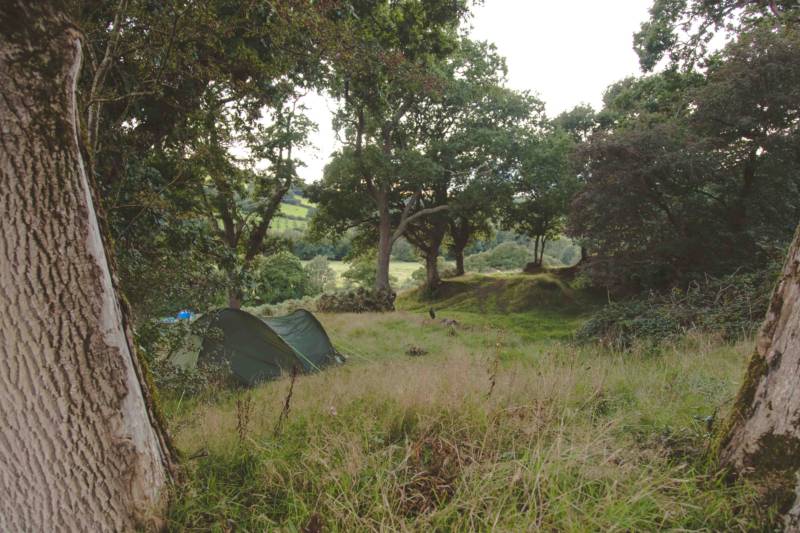 Liskeard, Cornwall, South West England
Bush Farm Wild Camping, Pillaton, Saltash, Cornwall PL12 6QY
As close to wild camping as you can get on a rewilded 200-acre farm in Cornwall 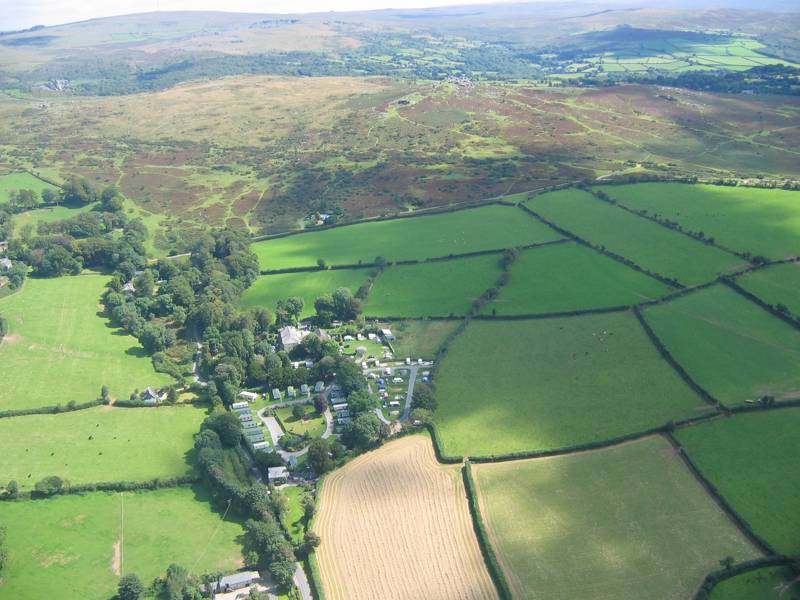