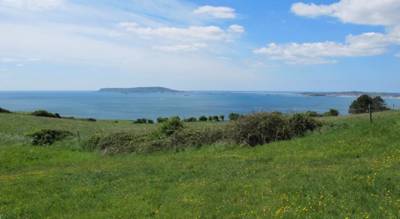 Sea views and organic farm goodies in a luscious camping meadow
With a certain atmospheric charm, the giant lump of limestone that is the Isle of Portland looms out of the sea, its landmass poking from the waters like the barnacled back of a humpbacked whale. It’s a slightly strange place – where bumper stickers aptly read ‘Keep Portland weird’ – not quite an island but not quite a part of the mainland. It is connected to the rest of Dorset by a long causeway road that runs alongside Chesil Beach, a narrow strip of shingle stretching endlessly west into the distance.

Five miles toward the mainland perched on the southern edge of Osmington village, lies the grassy four-week pop-up campsite Shortlake Farm. The views from here are spectacular – out across Weymouth Bay and over the channel where tankers and dinghy’s alike to and fro into the harbour. Such scenes are all set at the foot of the so-called island, its greening shores creating a protective natural shelter for the bay.

Cast your eyes down, away from the views, and closer to home there is plenty to delight at the campsite itself. Set up in allegiance with the campsite opposite, Eweleaze Farm, the owners know a thing or two about how to keep things sweet. The atmosphere is perfect, wonderfully relaxed with a campfire-welcoming environment and no designated pitches. Simply rock up, find a patch and settle down in the ample room provided. Despite the size of the field it remains a relatively quiet place to camp, a secluded spot, safe for kids to hurtle around making friends with other social scampers.

If you’d prefer to keep them occupied then there are a few easy and fulfilling options. A 10-minute stroll will take you the 800 meters down to the Eweleaze Farm beach, a tiny shingle cove only accessible on foot and, consequently, quiet and untouched by the summer crowds. Or five minutes further will take you to the farm itself where the kids can pet the tame goats, sheep and dogs.

The most rewarding walks, however, are reserved for those willing to extend their legs a little further. Skirted by the South West Coast path, Shortlake Farm is a gateway to some of the most scenic spots in Dorset. To the east walk to Durdle Door, a perfect rock arch that precedes Lulworth Cove, one of the most photographed and popular spots in Dorset. To the west head into Weymouth with its sandy beach, elegant sea front and lively old harbour. It all makes for a thirsty walker by the time you get back to camp, a welcome touch, then, that the Shortlake Farm shop sells a host of the best local brews alongside their organic produce… a pint of Durdle Door anyone?

Parking by your tent is allowed in most fields and there is no time limit for arrival or departure (a policy that sums up the pleasantly relaxed atmosphere here). Ample room for kids to play games, fly kites etc. Campfires are permitted and firewood can be bought from the farm shop. Every field has toilets and there are 10 showers along with washing-up sinks around the site. Ice pack freezing is available in the farm shop. Recycling is available onsite – please try to recycle where possible.

It is a 10 minute walk from the campsite to the beach, following some steps just to the west of the farm. There is no parking at the beach making it one of the quieter spots on the coast, a shingly cove running out to the rocky headland of Redcliff Point. There are, of course, plenty of other good beaches in the area: Ringstead Bay (01297 489481), 3 miles away, Bowleaze Cove, the same distance and popular with windsurfers, and Weymouth are all of particular note, the latter a typical English seaside spot with a long sandy stretch that bustles in the height of summer. Weymouth's harbour is also a popular spot and somewhere to hang around in the evening if you're looking for a more vibrant night-time atmosphere for a change of camping pace. All of these places are accessible by foot and the South West Coast Path that borders the campsite means it is an easy and accessible way to get around, as well as a route that commands fantastic views. Lulworth Cove and Durdle Door are reachable in the east, approached on foot they are impressive spots. All a part of the Jurassic Coast, keen eyed kids should be on the lookout for fossils along the way.

Situated on organic farmland, the campsite's surrounding area is populated by a mixture of Aberdeen Angus cattle for beef and Wiltshire Horn sheep, together with some crossbred Soays, which also provide excellent meat. It is all sold in the onsite farm shop. Other local produce sold includes pork, eggs, milk, cheese, vegetables and ice cream. The organic bakery at Eweleaze supplies the breads, cakes and pastries. A catering van is also about in summer selling organic pizzas, filled rolls, toasted sandwiches and ice-creams. There are a number of good pubs within walking distance of the site. Try the Smugglers Inn (01305 833125), a 15 minute walk along the coastpath towards Lulworth. Weymouth has a large range of shops, supermarkets and restaurants but during the height of summer Dorchester is less hectic and has just as much choice.

On foot: From Weymouth follow the SW coastpath. Pass Bowleaze Cove, Eweleaze Farm and the PGL activity centre. The site is just after PGL. From Lulworth / Ringstead / Osmington Mills, follow the SW coast path. The site is located on the path just before the PGL activity centre. From the South Dorset Ridgeway, follow the track down from the White Horse and through Osmington. At the main road turn right and then left into Shortlake Lane, where you will find the site after Oolite Farm on the left hand side. If you are walking this stretch of the SW Coast Path, you may like to know that you can get your luggage forwarded on from your last stay, and on to the next site when you leave. See www.luggagetransfers.co.uk (0800 043 7927) for more details. 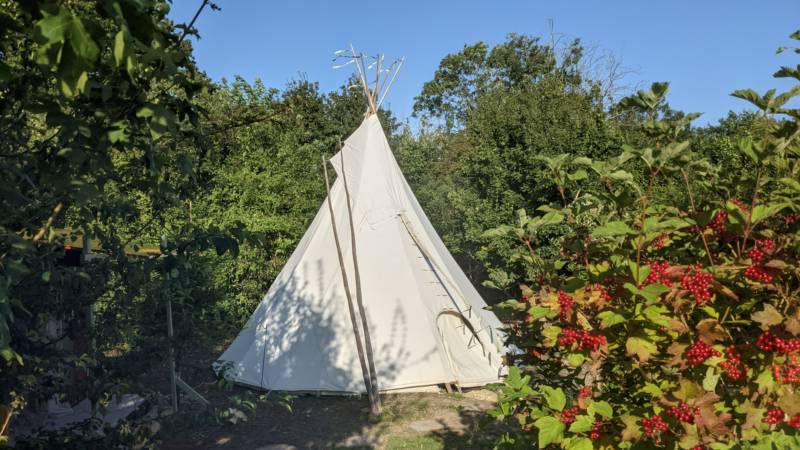 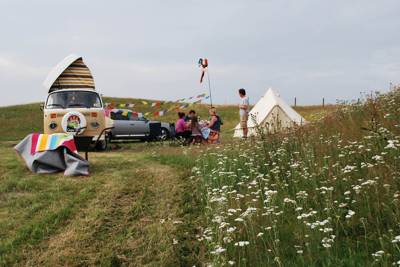 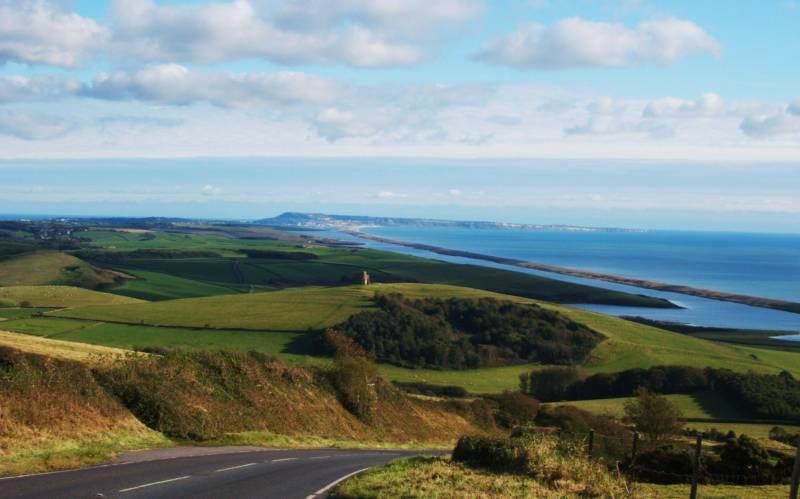 Donkey Down Camping at Culliford Tree 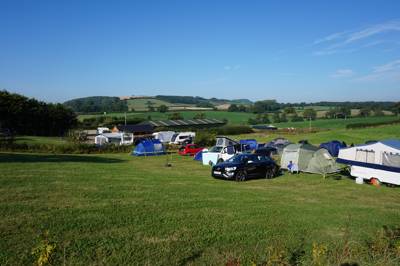