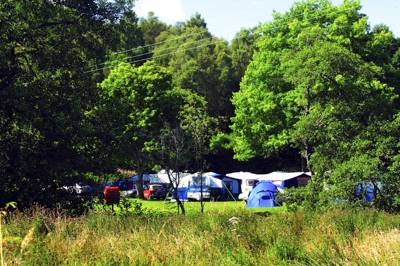 Cobleland Campsite Camping in the Forest

Wonderfully positioned by the Loch Ard Forest, Cobleland is close to over 21 miles of picturesque trails – ideal for hikers and bikers

It’s impossible to ever get weary of the Lomond and Trossachs National Park; whichever way you look you’ll find spectacular views, dramatic hills and tranquil lochs. Historic towns such as Callander and Stirling have their own quirky characters waiting to be discovered, too. Situated on the grassy banks of the River Forth, shaded by towering oak trees is Cobleland, a secluded campsite that's wonderfully positioned by the Loch Ard Forest, home to over 21 miles of picturesque trails – ideal for hikers and bikers.

At first glance there seems nothing particularly remarkable about Cobleland. But once you've pitched up, absorbed the peaceful ambiance and taken a stroll around one of the sites two wildlife walks (keep eyes peeled for Scottish wildcats, pine marten and the endangered red squirrel), you appreciate that preserving the natural landscape is something of a labour of love for ‘Camping in the Forest’, who run the site. Cobleland’s 126 pitches are clearly marked out, and facilities (flushing toilets, showers and washbasins) come spotlessly clean, and are never overcrowded, even when things get busy during the peak of summer.

Only 20 minutes down the road is Stirling, a wonderfully preserved town with a treasure trove of historic buildings and cobbled streets. Stirling (which was granted city status in 2002) has seen much of Scotland’s worst warfare, and positioned atop a mighty wooded crag is its formidable castle, offering tales of sieges, intrigue, dastardly murders, and breathtaking views across Bannockburn, scene of Robert the Bruce's triumph over the English. The castle makes for a fascinating day out, but make sure you spend time discovering the picturesque Old Town too.

If you're seeking the peace and quite of a Scottish forest, broken only by outings to local pubs, early morning birdsong and boat trips round the spectacular scenery of Loch Lomond, you won’t be disappointed by this back-to-basics find.

126 spaces made up of standard and premium pitches on which to put your tent, caravan or motorhome and space for one car. Flushing toilets, showers, washbasins, electric shaving sockets, chemical disposal point, laundry, disabled facilities, children’s play area and drinking water taps.

Around 15 miles from Cobleland is the historic Doune Castle (01786 841742), a magnificent late 14th century courtyard castle. Visitors can explore the nature trail in the castle grounds or take an audio tour narrated by Monty Pythons’ Terry Jones. The tour tells you all about the castle's fascinating history as well as stories from the making of Monty Python and the Holy Grail, which was filmed here. Enjoy the stunning views from the battlements, which look down on the River Teith and out towards the Menteith Hills and Ben Lomond. The Loch Lomond & Trossachs National Park is well worth a visit, whether you fancy a stroll around Luss, hiking on the West Highland Way or exploring Balloch, there is something for everyone. The Loch Lomond Water Bus also offers a great way to explore the different locations around the loch. If you fancy a round of golf, Aberfoyle Golf Club (01877 382493) is only a 5 minute drive from the camp site. With breathtaking views and magnificent scenery, it will be one of the most memorable rounds of golf you will ever play. Kids (and big kids!) can enjoy a tree-top adventure at GoApe! (0845 643 9215), an adrenalin-pumping high wire adventure course, 10 minutes from the site, in the Forestry Commission’s Queen Elizabeth Forest Park. Another great family day out can be found at Blair Drummond Safari Park (01786 841456), here you’ll get close to lions, zebra, giraffes, chimps and much more!

The Black Bull (01877 382225) is a lovely hotel situated in the pretty conservation village of Gartmore, just a few paces from the campsite. Dating from the early 1700s, the hotel was used by cattle drovers and frequented by the legendary Rob Roy McGregor. The hotel is open every day for delicious lunches, bar meals and evening meals. Situated on Aberfoyle’s main street (5 minutes from Cobleland), Liz MacGregor’s Coffee Shop (01877 382225) has a well deserved reputation for quality food and home baked cakes and scones. Pop in for lunches and snacks, or in the summer months sample delicious evening meals, which are made to order. The Forth Inn is less than 2 miles away from Coblelandand is known locally as “A Taste of Aberfoyle.” This family run inn has been awarded the prestigious “Best Place to Eat Out”, and is well worth a visit.

Prices per pitch (per night) including 2 adults start at £15.30 during low season. See website for more details.

From Stirling: take the A81 through Thornhill and travel as far as the roundabout at the Robroy Motel. Turn left at this roundabout. Follow the road for approximately one mile, then turn right. Follow this road until you reach the site.

If you are travelling without a vehicle First Bus Company (0871 200 2233) operate a service both to Stirling & Glasgow. Please note that the DRT Service has been cancelled. 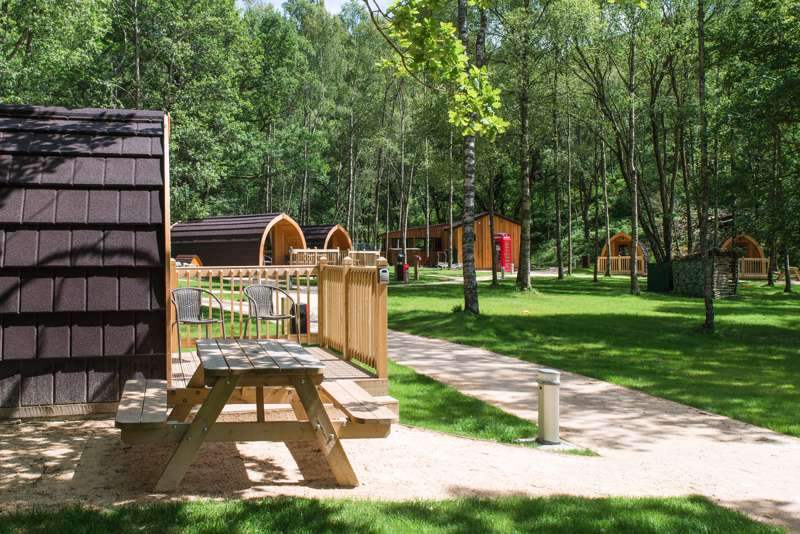 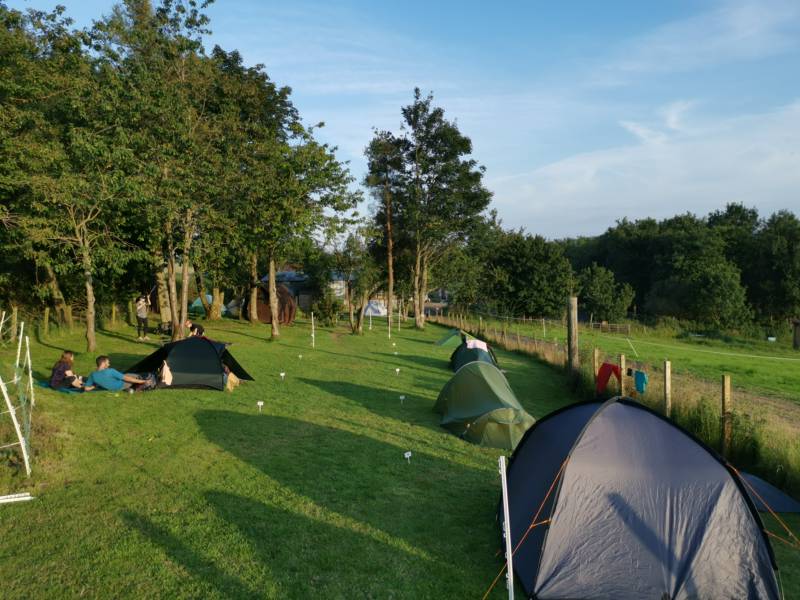 Prime base for exploring the West Highland Way, Loch Lomond and the Trossachs