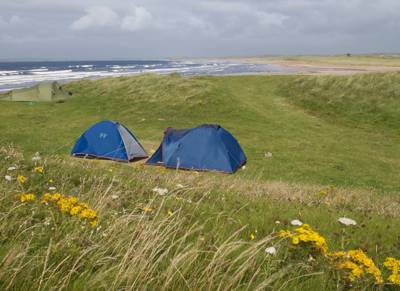 Beachside camping on the wonderful Isle of Islay

Scotland’s famous for quite a few things. Some, like Scottish goalkeeping and the penchant for deep-fried confectionery, are bad. Some, like the Bay City Rollers and the 1978 World Cup campaign, are best brushed under the carpet. And some, like Sean Connery and Kenny Dalgleish, are good. But nothing epitomises Scotland quite so much as its whisky. It’s the national tipple, the country’s major export and the nectar that wets the pens of its bards. And perhaps nowhere is the Scottish whisky industry on better display than the Isle of Islay. Don’t tell Speyside (Scotland’s other major whisky region) but Islay has a good claim to being Scotland’s whisky capital, as this wee island boasts many of the finest, darkest, peatiest malts around from the south of the island as well as some less pungent spring-water malts from the north.

Just a short ferry hop from the Mull of Kintyre, Islay is relatively accessible without a full expedition party and a six-week supply of Kendal Mint Cake, so there’s no excuse not to pop over and take a look for yourself.

The island was once the seat of the mighty ‘Lords of the Isles’; the MacDonald clan and Lord Islay virtually ran Scotland in the 18th century after the Act of Union – when England, Wales and Scotland officially became the Kingdom of Great Britain. It seems odd that such a small island should be such a powerful force in Scotland. After all, there’s not much here apart from birdlife and whisky distilleries. But then, wait a minute...Perhaps it was the whisky that put all that fire in the bellies of the island’s inhabitants. Long before the days of Irn-Bru, maybe it was whisky that had this little island thinking it ruled the land.

The site at Kintra is a working farm that just happens to have great beach frontage fringed with grassy dunes. You can shelter down in one of the dips or pitch the tent (make it a strong, three-season one) up high if you want that real wind-in-your-hair, salt-on-the-skin feel. The bonus for the brave is the view of the stretching sands of the Traigh Mhòr sweeping off to the north with the bare hills behind and the Rhinns of Islay across the choppy waters of Laggan Bay.

Out on the water are all kinds of possibilities for boogie board and sail, surfboard and kite and so on. Or you could just enjoy a swim. Whatever you do, it’s only a short scramble back into the marram grass and dunes to your tent or camper for a warming dram of one of the local tipples.

You have to go back to Port Ellen to the White Hart (01496 300120; on the left as you reach the town). It won’t win too many awards, but the alternative is the dingy little Ardview Inn on the waterfront.

From the ferry at Port Ellen turn left for Bowmore and just before the large malting factory turn left at the sign for Mull of Oa. Follow this road until the signpost for Kintra (dead ahead) and the road takes you all the way to the farmhouse.

See Campsites in Isle Of Islay

See Glamping in Isle Of Islay 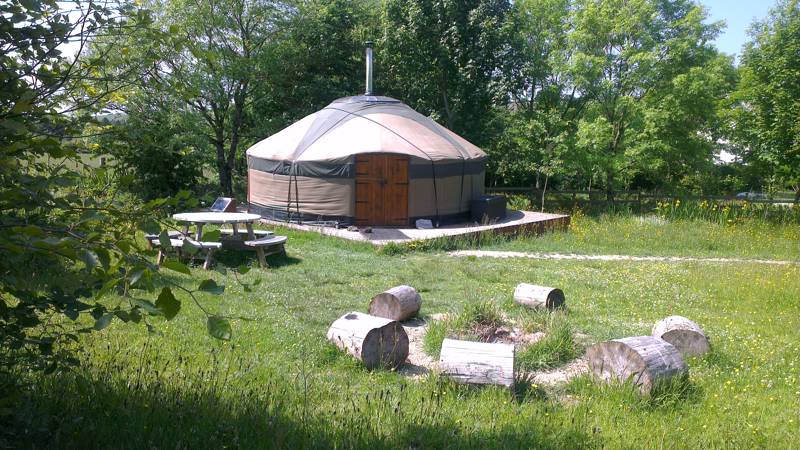 A three-yurt luxury glamping site on the Isle of Arran, steps away from the beach

Glamping in Isle Of Arran