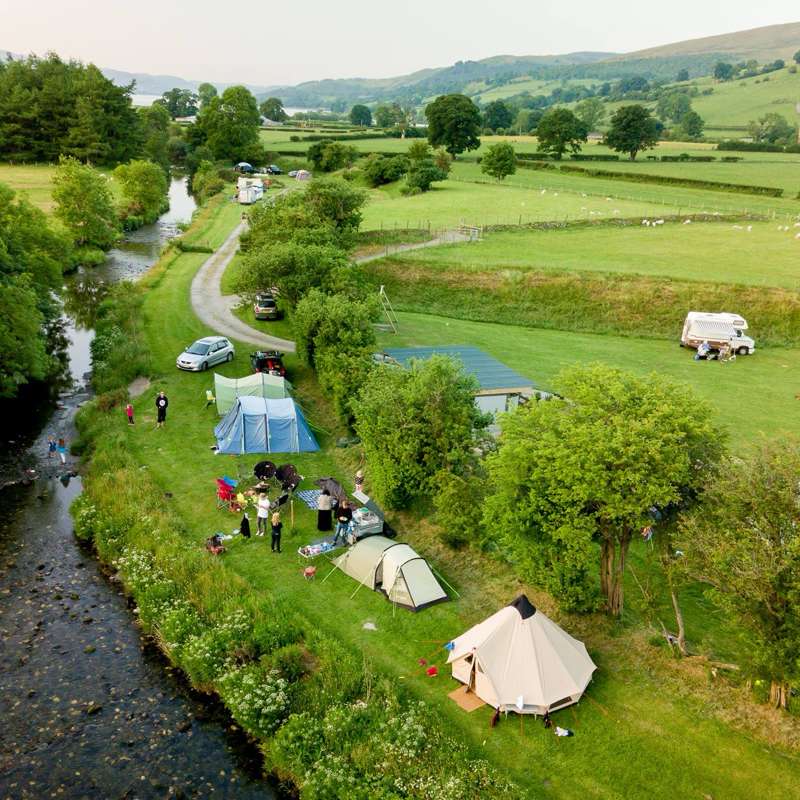 At the top of Lake Bala (Llyn Tegid) begins a magical journey into a rich historical and cultural past. Whether by train, by car or foot, the way winds alongside the banks of this top-notch lake, the largest freshwater lake in Wales. It continues through fresh, green rolling hills, framed by the three massive peaks of Benllyn, Arenig and Fawr.

Because of its situation, set among the windy hills, the lake is perfect for windsurfing and sailing. There are various slipways and launching places around the lake, but the main hub of activity is on the foreshore in front of the warden’s office, where you can get the permits you need.

The bustling one-street market town of Bala (Y Bala), at the northern end of the lake, is a stronghold of the ancient Welsh language. With more than 80 per cent of the population speaking the region’s mother tongue, it’s useful to have a suitable local greeting or two up one’s sleeve. It’s a deeply traditional Welsh town and this area is a great place to catch a male voice choir. Try the village hall at Llanuwchllyn (at the other end of the lake to Bala) on Monday and Thursday nights or keep your ear to the ground – provided you understand Welsh.

Seldom out of sight of the lake throughout its four-mile journey is a narrow-gauge railway line, operated by three steam locomotives. It begins its journey at Llanuwchllyn, and hugging the shoreline, makes its way to Bala. After the return journey, a visit to the signal box is an interesting diversion, where the stationmaster will demonstrate the original 1896 levers and lamps; an archaic confusion of wooden handles and outdated widgets.

The Rheilffors Lyn Tegid Cyf (Bala Lake Railway) is run almost entirely by volunteers and they’re always on the look out for willing helpers. So, if you’ve ever fancied driving a steam train or just blowing the whistle and waving the flag, become a member and live out your childhood dreams!

To the left of this quaint old railway station is the unpronounceable Bwch-yn-uchaf campsite. It begins with a vast field of mown lawn, which is great for large tents and caravans. From here, there is a small drivable path that leads away from the main field and ablutions, and winds its way through two smaller enclaves of grass, bordered by a tree-lined shallow river, perfect for a spot of fishing or canoeing.

The narrow strip of riverside turf means that each pitch has an unobstructed view of the sparklingly clear river. There are portable loos and various water points in the middle of the three fields, which is handy if you don’t feel like the long-ish, but scenic, walk to the main ablution block.

So, whether it’s sailing on the lake, walking in the mountains or simply a bit of R&R in a valley with a steaming good view, this peaceful spot has all the bases covered.

The facilities block has been extended in recent years so the campsite now has toilet & shower facilities (hot water available 24/7), disabled facilities, washing machine and tumble-dryer on coin meters, washing-up sinks, hairdryers and an fridge/freezer (to cool those beers!). There’s also toilets and washing up area located closer to the pitches.  There is a play area for the children & football pitch for the footballers!  Water taps & waste facilities are dotted around the site.

Everyone! Tents, campervans, caravans, couples, families, dogs... Unfortunately we do not accept groups

Yr Eagles (01678 540278) ½ mile away in Llanuwchllyn is where the locals eat – and all the campers, too, if it’s raining! Big portions of home-cooked food are on offer. There’s also a beer garden with views. (Booking advisable)

Bwch-yn Uchaf Caravan and Camping Site is situated within Snowdonia National Park at the foot of the beautiful Aran and Arenig mountain range a mile from Llyn Tegid.

The site is on the edge of the picturesque village of Llanuwchllyn, which enjoys panoramic views of stunning scenery and is an ideal base to explore the areas many attractions including scenic walks (some of which start straight from the park).

The shallow sparklingly clear river Twrch runs alongside the entire length of our site  and is extremely popular with guests of all ages.  There is low light pollution and no traffic noises so all you can hear is the stream, sheep and sometimes the train passing by.   Also adjacent to the site is the Llanuwchllyn Narrow Gauge Railway Station with its open carriage journeys along the lake. A great way to fully appreciate the stunning scenery the area has to offer.

50+ undesignated, so you can pitch where you want. 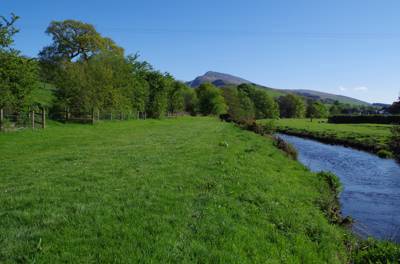 i
All pitches are close to the river and are unallocated, so you can choose where to pitch (unless stated otherwise). NO GROUPS (2 HOUSEHOLDS MAX - WILL ASK YOU TO LEAVE IF MORE)There is virtually no light pollution here, so you can camp underneath the stars and with the sounds of the river, sheep and the steam train chugging past!

Grass pitch Sleeps 6 20 Available
All pitches are close to the river and are unallocated, so you can choose where to pitch (unless stated otherwise). NO GROUPS (2 HOUSEHOLDS MAX - WILL ASK YOU TO LEAVE IF MORE)There is virtually no light pollution here, so you can camp underneath the stars and with the sounds of the river, sheep and the steam train chugging past!
Select Dates or Read More
Show more
Check Availability

Take the A494 from Bala to Dolgellau, turn into Llanuwychllyn village, then follow signs to Bala Lake Railway. The campsite is next to the station. 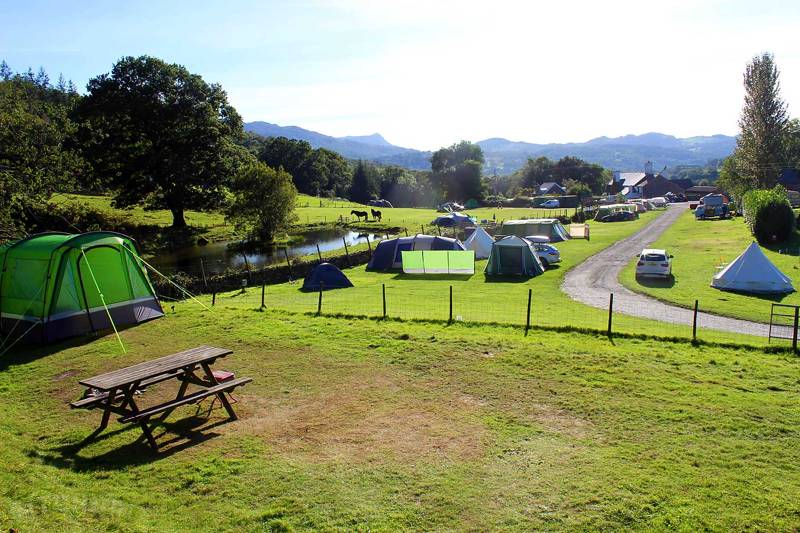 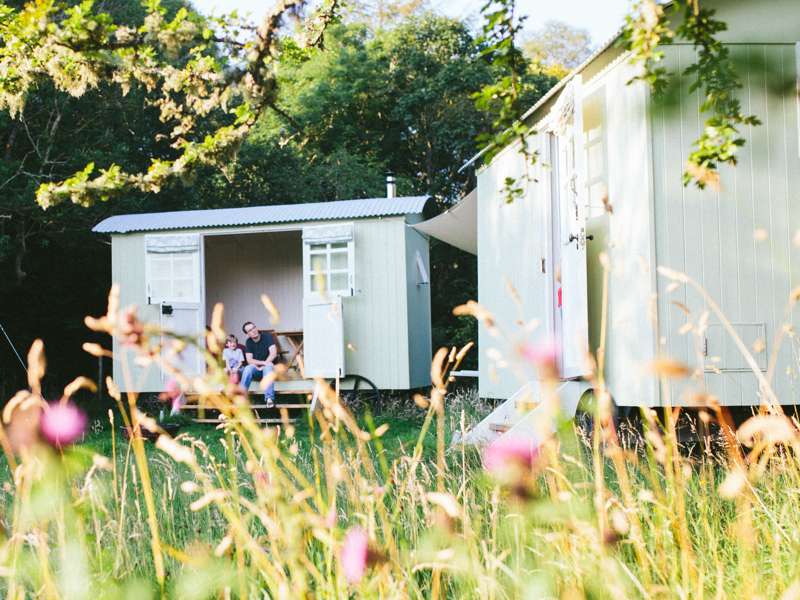