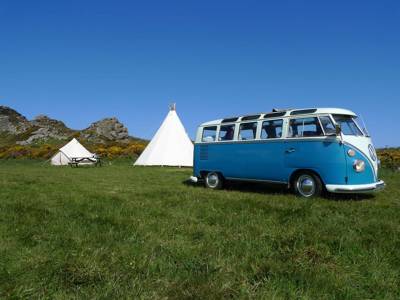 Camping and glamping in secluded pitches on top of the world in Pembrokeshire. Views don’t get much better than this.

Hillfort Camping and Yurts was created by affable local land owner John, who was born and bred in the farmhouse in this quite incredible corner of Pembrokeshire. John really is the loveliest of owners, an unassuming guy who just wants people to enjoy their time here. Never fear, though; if you don’t want chat, he won’t force it upon you. And the site? Well, unassuming it definitely is not; instead it is quite simply staggering. You really are camping on top of the world, with the Pembrokeshire coastline unfurling beneath you, like a rolled out carpet.

This immense, panoramic view almost defies description. To put it into perspective, anyone who knows North Pembrokeshire knows that the Strumble Head lighthouse rises from the coastline like an imposing beacon. But, overlooking it from one of Hillfort’s craggy outcrops, Strumble looks like the tiniest, least significant dot in the landscape.

John recently changed the campsite's name from 'Hillfort Tipis' after he stopped renting out the structures and began offering yurts instead. And, while the rest of its name was inspired by the remains of an Iron Age fort on the side of the mountain, it could just as easily be called ‘camping in the clouds’, for that is about as high as it feels. We often write about a place’s sense of space in our Cool Camping recommendations, but this takes space and freedom to another level. Buzzards and kestrels fly overhead, while dolphins can be spotted (with binoculars) from your elevated vantage point. Rabbits and badgers burrow amongst the gorse. Kids clamber up to the cave in the rocks. The perfect place, then, to contemplate life and all that it has to offer.

If you are planning to venture further afield for a day trip, the Pembrokeshire Coast Path, one of the most spectacular coastal walks in the country, is a must do, as it’s only 30 minute walk from the site. The nearest beaches are the pebbly bays of Abermawr, (with its petrified forest, viewable on low Spring tides) and Aberbach. Seal lovers can drop down the mountain to Pwllderi, to see pups (in season). The popular sandy stretches of Whitesands and Newport are within 30 minutes drive. The area is also a birdwatchers paradise. Sit in the gorse and listen to the warblers try and spot the local choughs or visit nearby Skomer Island (01646 603110). For the more adventurous, there is coasteering, kayakinng and surfing at Preseli (01348 837709)

Freshly caught fish - when we've been fishing. If you’re up for a simple and satisfying meal, such as fresh local beer battered fish and hand cut Pembrokeshire potato chips, visit The Shed (01348 831518) at Porthgain. Another great place to visit is The Druidstone Hotel and Restaurant (01437 781221), which has been in the Good Food Guide consistently since 1974 and serves delicious homemade food that will suit all tastes.

The peace and quiet of the Pembrokeshire countryside surrounding our campsite provides the perfect setting for relaxed and stress-free holidays. Our site takes its name from the remains of an Iron Age fort on the side of the mountain, but it could just as easily be called 'camping in the clouds', for this is as high up as Welsh camping gets. Oh, and the panoramic views of Strumble Head and the Irish Sea aren't bad either! As well as camping pitches there is the Seaview yurt, in its own private area in a stunning location at the top of the site.

11 camping pitches, each with its own fire-pit and BBQ, plus 4 yurts (minimum 3 night stay) available to rent. 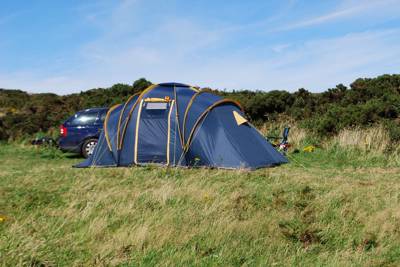 Grass pitch Sleeps 6 5 Available
A spacious and secluded camping pitch with its own fire pit. Great views and no near neighbours.
Select Dates or Read More 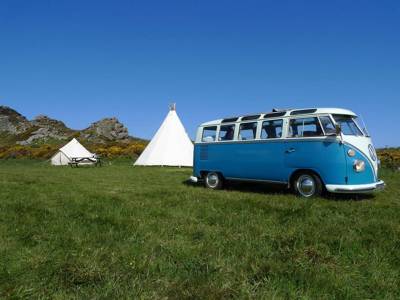 Grass pitch Sleeps 4 3 Available
A spacious and secluded camping pitch with its own fire pit. Great views and no near neighbours.
Select Dates or Read More 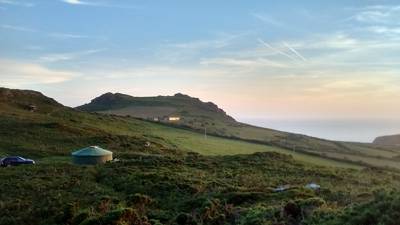 i
Large 6 metre yurt with windows, very secluded in its own private area with stunning sea views.

At Fishguard, take the A40 Signposted Goodwick turn left up Goodwick Hill. Continue onto Heol Penlan and carry on up the hill and out of Goodwick. Stay on this road for about 4 miles, passing two signs to Strumble Head on the right. After the 2nd road sign to Strumble Head, you will come to a white chapel on your right. Take the next right turn signposted Hill Fort. Drive up the track and through the gate marked Penparc. Also accurately on Google Maps; just search "Hillfort Camping and Yurts".

By public transport, take the train to Goodwick/Fishguard. Then taxi. A rural idyll in the Preseli Hills with shepherd’s huts and spacious camping pitches, each with a private toilet

Book with confidence at Digs in the Wig with our Coronavirus Booking Guarantee - read full terms here. 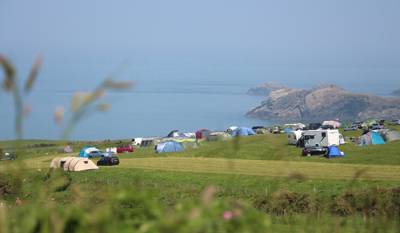 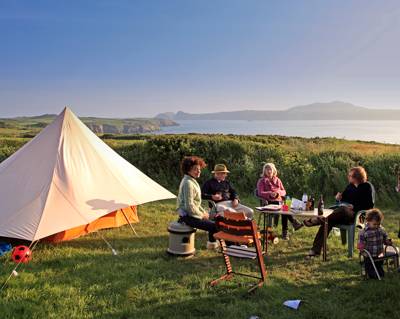 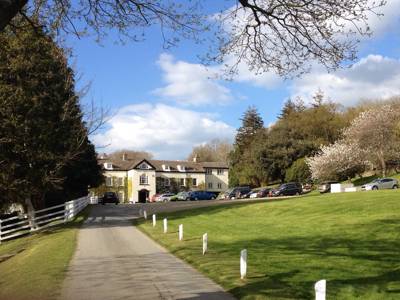 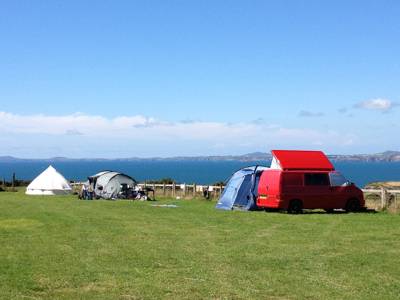