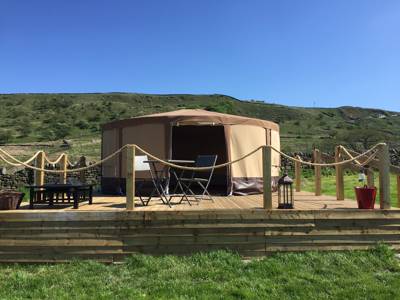 Luxury yurt glamping in the folding hills of Brontë country

It’s easy to see how the land around Parson Lee Farm could offer so much inspiration to the Brontë sisters as they penned their famous novels. The wild, windswept moors and the gentle folds of the land form a backdrop to rural life, where villages, like nearby Wycoller, are characterised by ancient bridges and stone-walled homes. Ruined Wycoller Hall is said to be Ferndean Manor in Jane Eyre, while Top Withens, a three-mile walk from Parson Lee Farm, provided the setting for Wuthering Heights. Who knows what fictional place the farm’s new Mongolian-style yurts might have inspired today?

Set at the head of a valley at the end of a long single-track road that passes through tiny Wycoller, past it’s cute, stone café, through a bubbling ford and along the side of a small river, Parson Lee Farm’s glamping site feels wonderfully remote. In total it has just four luxury yurts, each raised on a flat, wooden deck and a short stroll from the shower and toilet facilities. Inside they feature chunky double beds, a wood-burning stove, bedroom and dining furniture and tea and coffee making facilities. Outside, meanwhile, each yurt has a large firepit for late night barbecues and campfires. The quiet isolation of it all is only accentuated by the fact that children aren’t allowed, helping keep things especially peaceful as you gaze into starry skies.

While the Brontë related attractions aren’t hard to come by – the museum at the Bronte Parsonage in Haworth is well worth a visit – bringing a pair of walking boots to stomp around the hills is perhaps one of the best ways to immerse yourself in the location. There are several footpaths running through the farm’s 64-acres and out into the moors, while looping back to cross the ancient bridges in Wycoller and re-fuel in the café is always a good way to end. The oldest bridge is believed to be of neolithic origin (at least a thousand years old) and is officially listed as an ancient monument.

By car, meanwhile, a half hour journey to the Forest of Bowland or the Yorkshire Dales opens up a whole new can of walking worms, though there’s no need to rush away. Perch yourself in the glampsite’s swinging chair, take in the views and perhaps begin to pen your own masterpiece of a novel. Who knows where it might end up?

This is an adult-only site. Sorry, no dogs or children.

Parson Lee Farm Glamping is set on the edge of the Brontë and Pendle Way bridle paths, which thread their way through the site and across the surrounding countryside. Walk into Wycoller and see the neolithic bridges or the ruins of Wycoller Hall (Fearndean In Charlotte Bronte’s Jayne Eyre) or go to the top of Pendle Hill for views out over the countryside and Parson Lee Farm itself. Haworth is a short drive away, hop on a steam train on the Keighley and Worth Valley Railway (01535 645214) or walk the cobbled streets, lined with shops and galleries, to The Brontë Parsonage Museum (01535 642323), furnished as it was when the Brontë sisters wrote their farmhouse books. Visit the little villages of Newchurch-in-Pendle, Roughlee – once home to Alice Nutter, one of the famed 12 Pendle witches – and Barrowford for its museum and visitor centre (01282 677150) dedicated to the history of Pendle.

Continental breakfast hampers and BBQ packs are available, filled with local produce and delivered direct to your yurt (subject to availability; pre-order required). There is a café ¾ mile away in the Wycoller Craft Centre (01282 868395), while the nearest pubs are theEmmott Arms (01282 864889) in Laneshawbridge and the Trawden Arms (01282 337055) in Trawden.

We are a luxury, adults only site, situated in the 64-acre grounds of a mid-18th century farmhouse, surrounded by beautiful countryside, fantastic walks, cyclepaths and the picturesque village of Wycoller. Our luxury glamping accommodation is at the edge of the Brontë and Pendle Way walks which thread their way through the site and across the landscape. Our rural backdrop, steeped in history, is characterised by its wild grouse, babbling brooks, gorgeous ruins and kaleidoscopic flora and fauna. We are 1.2km away from the historic village of Wycoller which is famous for its cotton industries of old and its range of neolithic and medieval bridges.

From Colne take the B6250 to Trawden. Follow signs to Wycoller Country Park, ignoring the final sign for the car park. Drive straight through into the village itself, then cross the ford (a small stream). Parson Lee Farm Glamping is ¾-mile up the unmade track that begins just after the ford. Colne train station (0845 748 4950) is 4 miles away. Pick up and drop off is available if required (ring the campsite to arrange). 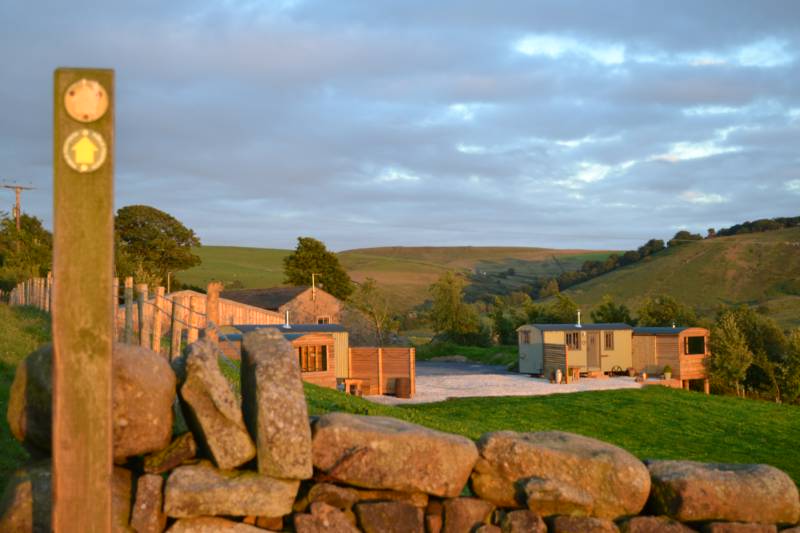 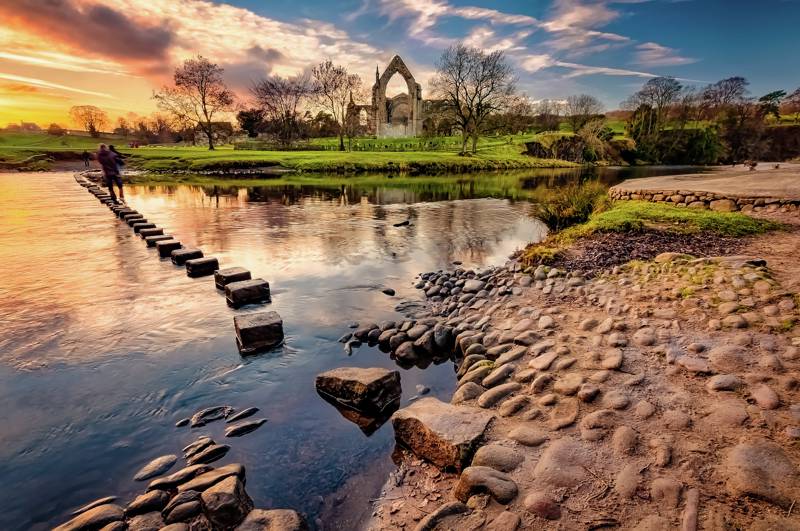 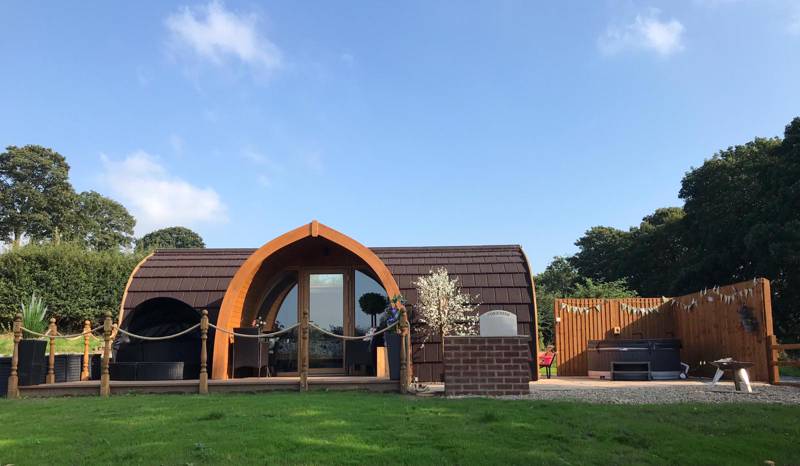